14th November – celebrated as Children's Day in India in commemoration of India's first Prime Minister, Jawaharlal Nehru's birth Anniversary. The reason why the politician's birthday is chosen as Children's day is because of the immense love he showered upon kids. Pandit Nehru is also regarded as the country's special person who became the first Prime Minister after years of struggle for independence.

Many a times, we often wish we were kids again, so we could be as carefree and enjoy life as them. Owing to the television industry, a number of our television stars have relived their childhood, but in reel life. Who can forget the innocent and smiling Saagar of Dulhan, the guileless Kasturi, the mischievous Chotu of Kahaani Ghar Ghar Ki and many more. Their crazy antics and innocent looks have truly won the hearts of their audience in the years that have gone by.

On this Baby's Day Out, we decided to catch up with some of our tellywood stars to know how they felt portraying children in their shows. As someone once said, "Adults are always asking kids what they want to be when they grow up as it gives them more ideas." 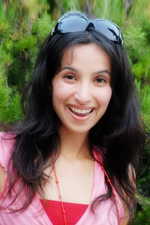 How was the experience reliving your childhood onscreen?
It was amazing to essay the role of a child on the sets of Choodiyan. For me, at that point of time, sky was the limit. The director of the show was brilliant and he just told me to be myself. It was one of my most memorable shows that brought back my childhood carefree days back.

Your memories of Children's day? And how were you as a child?
As a child, I was very calm and peaceful. I used to wipe tears of other children when their parents were late in picking them up from school. I always behaved like a well mannered lady. Along the way, I don't know what happened that I am like this now (grins). My mom always told me that I was this very good child who never had to be told what to do, as I acted before anyone would say anything. My Children's day memories are very faded, but what I remember the most are the boring essay and drawing competitions.

Amongst all your co-stars, who do you think is the most childlike?
Apart from me, I think it was my director and on-screen sister, Juhi Parmar. I know it is difficult to believe that Juhi is like a child, as today she is a huge star as Kumkum, but trust me she is very childish from inside and that's actually the best part about her.

Amidst all the pain and warfare, what lesson can kids teach the world?
They teach us to be yourself and not to fake. In today's world, we are all in the race to win and reach the topmost position, but we forget everything else. Sometimes when I lay back at home I feel that my childhood days were the best ones. 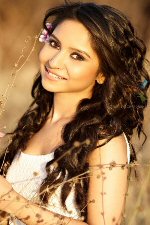 How is the experience reliving your childhood onscreen?
It's fun to be back as a child on television though its not been too long for me as I feel I'm still small. You cherish those moments when you do what you want and enjoy. And I am glad I'm able to do the same on screen too.

Your memories of Children's day? And how were you as a child?
As a child I was an introvert and barely spoke a word, but after entering this industry, I have changed a lot. Today I can easily say that I'm an extrovert. Talking about the memories of Children's day, I just remember that I used to dance for the cultural programs held in my school. Dancing was a way I expressed my feelings during my childhood.

Amongst all your co-stars, who do you think is the most childlike?
Being the youngest, I am the one who is the most childish on sets. I enjoy the treatment I get from the production team and the other cast members. I have been treated like princess.

Amidst all the pain and warfare, what lesson can kids teach the world?
They are smarter and they teach you that one should do things that one likes. Adults most of the time do things that others want and at the end there is no satisfaction. Why do that?? It is not necessary to think every time about the profit or loss. 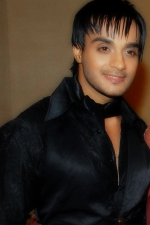 How is the experience reliving your childhood onscreen?
It is a very nice experience to play a kid on screen. The thing is that we get freedom to act the way we want and we can also experiment with the act. I am enjoying playing this role.

Your memories of Children's day? And how were you as a child?
We used to celebrate children's day with grandiose in my school. I always participated in the dance performances. As a child I was very shy and favorite of all my teachers.

Amidst all the pain and warfare, what lesson can kids teach the world?
Children can teach you many things. They teach you to be responsible. And I think one of the most important things we learn from kids is our sleeping habits. We should take lessons from them to sleep on time and get up early. 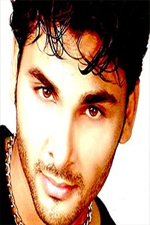 How is the experience reliving your childhood all over again onscreen?
I played a mad guy in whom there was a small child. It was fun as Parvati and Pallavi used to give me chocolates. Basically everybody got sweets on the sets, but for me the production used to have 15 big chocolates with which I used to shoot and then keep it with me.

Your memories of Children's Day? And how were you as a child?
I was very naughty, but a bright child. I used to take part in each and every possible sport like cricket, football and was a good singer too. During Children's day, we used to have fancy dress competitions where once I became a bai who sells utensils and ganpati bappa in second year.

Amongst all your co-stars, who do you think is the most childlike?
There was a small child on our show called Bhim. I was greatly inspired by him to essay my role and he is really sweet.

Amidst all the pain and warfare, what lesson can kids teach the world?
To enjoy life and lead it without tension.

priti- 14 years ago Happy childrens day to all.... Angad u r so sweet