View Profile
One would think 'all within a family' sort of criteria has its own assurance to offer while making a film. Apparently, not!

Things don't always go that way and the same happened with Zayed Khan and his home production of Welcome to the Jungle. 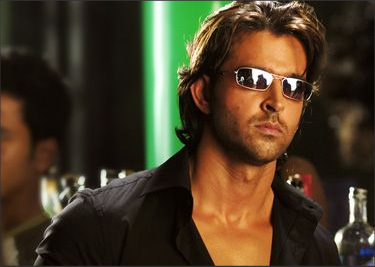 After being more than patient about Hrithik sorting out his dates to find a slot for this movie's shooting schedule, Zayed decided to finally give up and move on. While Hrithik decides to begin shooting for Karan Johar's remake of Agneepath, Zayed plans to begin working himself with Diya Mirza instead.
So the project for now has been suspended. That apart, the professional split has not caused a rift in the personal lives of the brothers-in-law.
Even the director of the film, Faruk Kabir claims how the project has been put away for now. While Hrithik got busy with Kites and Guzaarish, he insists of having gotten busy with soon to release Allah Ke Banday.
Will Zayed's Welcome To The Jungle see Hrithik Roshan eventually? Time shall tell!
3 Likes

Kangana Ranaut Vs Anurag Kashyap: Actress ‘Steps Back’ after ...
47 minutes ago