This month, with the theme of 'Bollywood vs Hollywood', BollyCurry brings to you something different - a wishlist collaboration of Bollywood and Hollywood biggies. Below we have listed just a few of Bollywood's greatest movies that have made a place of their own not only in our motherland, but also in the West. Lately, numerous Hollywood actors have stated that they would be happy and eager for a chance to work in Bollywood. Keeping the integrity and types of actors in mind, BollyCurry has compiled and compared which Hollywood actors would best fit in the shoes of our Bollywood stars.
Jai-Veeru (Sholay): Robert Downey Jr. and Ryan Reynolds 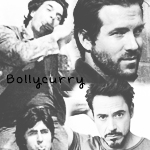 Sholay is Bollywood's blockbuster from the 70s and till date, the film continues to be one of the best ever creations from Indian cinema history. The story revolves around the journey of two criminals cum best friends as they help one another to reap in the personal benefits, but later emerge as the saviors. Amitabh Bachchan and Dharmendra Singh Deol played the role of Jai and Veeru respectively. We couldn't think of anyone better than Robert Downey Jr. and Ryan Reynolds to fit perfectly in the roles of Jai and Veeru. The personality, the traits and perfection of acting; we can already see a Hollywood Sholay in the making!
Raj-Simran (Dilwale Dulhaniya Le Jayenge): Ryan Gosling and Rachel McAdams 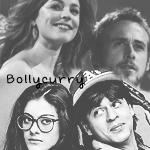 Dilwale Dulhaniya Le Jayenge (DDLJ) is not just a blockbuster but also one of the longest running films ever made in the history of Indian cinema, still running in theaters today even though it released more than a decade ago. This can be owed to the ultimate couple of Shah Rukh Khan and Kajol Devgn and their on-screen chemistry which left the audience captured. The tale is of a young couple falling irresistibly in love followed by a thrilling climax as the hero flies the seven seas to win his beloved. If there is anyone who can do justice to Raj and Simran in Hollywood - and perhaps create the same magic - then it's none other than Ryan Gosling and Rachel McAdams who shared a spell bounding chemistry in The Notebook. Both movies are of the romantic genre and all the leads are quite identical; their love became their strength and the females eagerly awaited the awakening of their saga. Gosling and McAdams did wonders with their movie and their sizzling chemistry can take us back to our very own Raj and Simran. Oh yes!
Geet-Aditya (Jab We Met): Anne Hathaway and James Franco 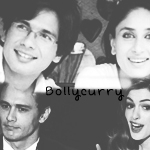 Jab We Met stared Shahid Kapoor and Kareena Kapoor as the leads. Aditya, a depressed business tycoon, meets the feisty Punjabi girl Geet who is one her way to meet the love of her life. Destiny continues to bind the duo together and no matter how many times Aditya tries to flee from his beautiful Punjabi damsel, he somehow ends up having to save her with Cupid striking at the last minute. We've chosen Anne Hathaway and James Franco for the roles of Geet and Aditya. You might wonder why? Hathaway and Franco quite pleasantly hosted the 2011 Oscars. Geet is a talkative bubbly girl, while Aditya tries to cope but immensely fails and then eventually enjoys the nonsense talks. For those of you who have watched the 2011 Oscars, you surely know why Hathaway and Franco fit the mentioned roles better than anyone else.
Jai-Ali (Dhoom): Will Smith and Johnny Depp 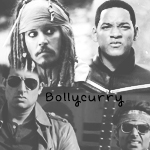 The Dhoom series revolves around Jai, a police officer, and Ali, his sidekick. These roles are played by Abhishek Bachchan and Uday Chopra and their sole mission in the movies is to capture the world's most wanted professional thieves and con artists. The films are considered to be the biggest and best action-thriller franchise in Bollywood. With that in mind, we imagine Will Smith and Johnny Depp playing the awkward duo. Both are incredible action heroes with perfect comic timing as well. Considering both these Hollywood hunks are stars with their own fields with movies such as Pirates of the Caribbean and Men in Black to prove their mettle, we are more than positive that no one other than these Hollywood buddies can best fulfill the spots of Jai and Ali.
Prem-Nisha (Hum Aapke Hain Kaun): Brad Pitt and Angelina Jolie 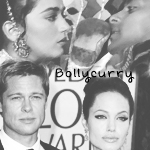 Celebrating India's wedding traditions, Hum Aapke Hain Kaun portrays the tale of Prem and Nisha, played by Salman Khan and Madhuri Dixit Nene. During an arranged marriage of their siblings in the film, not only do the bride and groom tie the sacred matrimonial bond, but both families also come together leading to the beginnings of the epic love story. If there's any Hollywood couple who can bring to life to the surreal couple of Prem and Nisha, then it's undoubtedly Brad Pitt and Angelina Jolie. Being one of the most loved real and reel couple of Hollywood since the days of Mr. & Mrs. Smith, there's absolutely no doubt that they can potentially be the ideal choice for these roles and make the remake worth watching.
Munna-Circuit (Munna Bhai MBBS): Channing Tatum and Jonah Hill 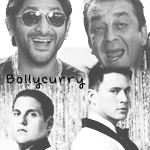 Munna Bhai M.B.B.S. is a comedy that revolves around a goon, Munna Bhai, going to a medical school and his sidekick, Circuit, being at his service whenever required. The roles are brilliantly played by Sanjay Dutt and Arshad Warsi who come together with such affinity to rapture you in laughter and exhaust your funny bones. Channing Tatum and Jonah Hill created the same effects when they came together for the hilarious 21 Jump Street. Their chaotic roles of Jenko and Schmidt definitely remind you of Munna and Circuit and so if they get a chance to team up once again, not for 22 Jump Street but for Bollywood's mega hit flick, they will definitely recreate the Bhaigiri magic.
As Bollywood continues to expand its horizons with its stars slowly migrating to Western cinema, we hope to witness a vice versa and see and few notable star coming our way as well. Maybe we can one day see known faces from the West relive the roles that our famous stars already have? While love in hope, if you're a Bollywood as well as a Hollywood fanatic, why not pin your suggestions below? We surely will take a peek!
Writer: Amanda H.
Editors: Fatima W., Sonia R. and Jenifer Y.
Graphics: Amna M.
Do you have a suggestion or comment for BollyCurry? Drop us a PM at BC_Dropbox today.
15 Likes

Parth Samthaan: Kasautii Zindagii Kay has shaped me as an ...
19 minutes ago