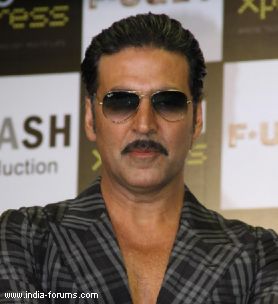 Akshay Kumar cringes at the very mention of the term "remake" in the context of his forthcoming actioner "Holiday - A Soldier Is Never Off Duty". And he has his reasons.

When IANS was about to ask him about "Holiday" being a remake of a Tamil film, he promptly interrupted and said: "Actually, I won't call it a remake."

He added: "It was a fresh script and we were going to make it first in Hindi, but A.R. Murugadoss (the director) had a condition that he first wanted to make the film in Tamil. The Tamil version called 'Thuppakki' released in 2012. So the film is not a remake for me.

"It is a script and subject that I had selected earlier. Vipul Shah (the film's producer) and I had gone for a narration. We sat with Murugadoss and after listening to the first half, I agreed to do the film. The first half was mind blowing. I really enjoyed doing it," said the actor, who features as an army officer in the film.