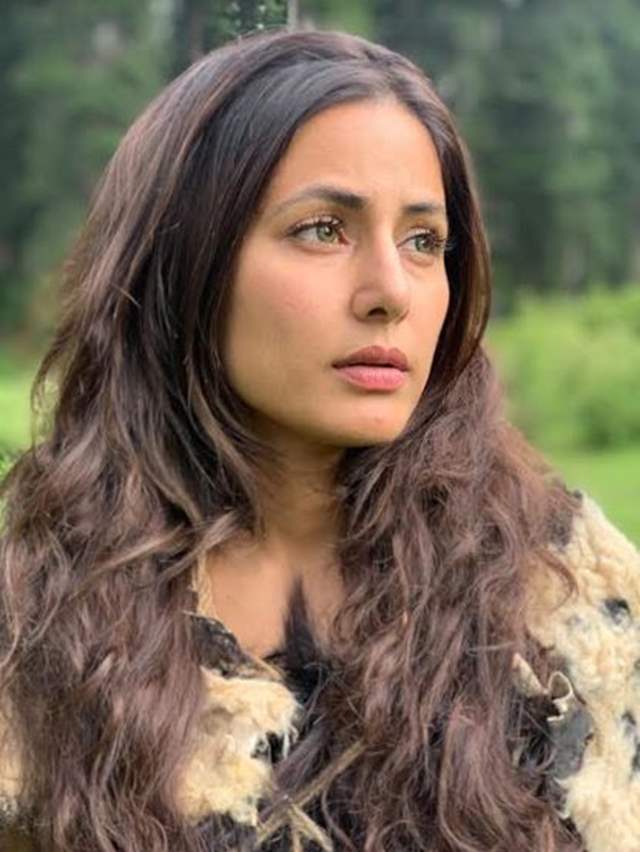 Talk about being on a roll and actress Hina Khan perfectly fits the bill. It is no secret that the actress made a massive impact with her character as Komolika in Star Plus' Kasautii Zindagii Kay 2, post which she has been a part of several other projects.

Hina has almost touched every horizon, she was a part of a music video and her debut film, Lines was screened at the Cannes Film Festival earlier this year. But she certainly seems to be in no mood to stop as she has bagged yet another film which will be an Indo-Hollywood project and is based on the book, The Country of the Blind by HG Wells.

Hina will be seen playing the role of a visually challenged girl in the film. The project has been shot in the Himalayas and is a story set in the 1800s about the inhabitants of a valley who have no vision and yet are living a fulfilled and secluded life without any attachments to the outside world.  Hina for the first time will be seen playing the character of a blind girl who belongs to this unique valley.  Hollywood producer Cory Tucek has come on board ensuring that the film will have a US release before it is released globally.

Our source informs us, “While Hina is the main female protagonist in the film, actor Shoib Nikash Shah has been cast opposite her while Inaamul Haq, Airlift and Filmistaan fame, will be seen as the main antagonist.  The look of each of the actors will be extremely interesting as they will be seen wearing unique hand made costumes.”  The film is being shot both in Hindi as well as in English simultaneously.

When we reached out to Hina she confirmed saying, “This project is very close to my heart because whatever we did in this film has been a new benchmark and there were no examples of any kind as a reference. Everything in this film is one of kind and we hope people will love it.”

We wish Hina all the best for the role.

Hina Khan shares that she felt like a baby working in Naagin 5!