View Profile
After portraying an intense character in his first film Aap Ka Suroor, Himesh Reshammiya would now be giving his fans 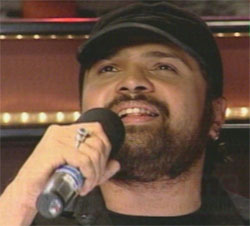 Featured Video
comedy ka tadka by enacting a tapori in Bhushan Kumar’s upcoming movie A Love Ishhstory. Now an uncapped man, Himesh would be getting into the cap of Aamir Khan’s Munna Bhai character in Rangeela for which he looks too excited. “I have always been a big fan of Aamir Khan. Coming back to the film, comedy is a serious business. It is fun playing a tapori and to woo a super rich girl Niharika Singh is interesting. The film is a musical love story between a very odd couple”, explains an excited Himesh.

Himesh is also happy and finds himself lucky working alongside his Gujju bhai Satish Kaushik. He says, “John Mathew has written a fabulous script and Satishji plays a very integral part and has been very helpful in giving some serious tips on comedy timing. It has helped me a lot to get my shots right. Satishji has been a veteran in comedy and it is also a very comfortable equation with him, as he is also a Gujarati, and this language connection has worked big time.”

Aaila, it seems the love ishhstory is building up between two gujju bhais!