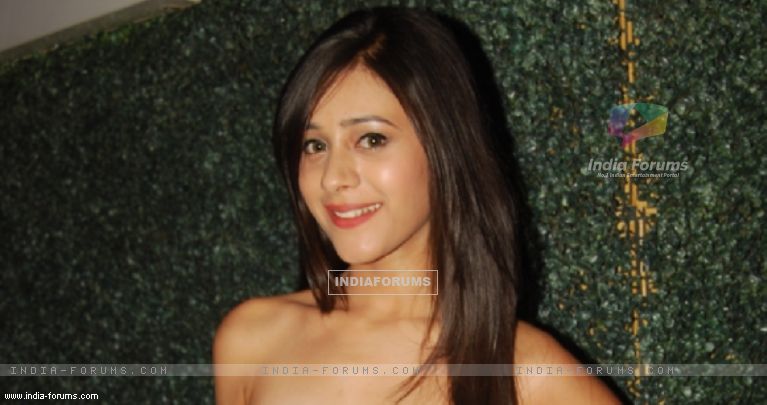 Following the footsteps of Bollywood star Alia Bhatt, actress Hiba Nawab, who plays Amaya Mathur in Tere Sheher Mein, has recorded a song for her own track in the drama show.

The character of Amaya is quite similar to the one that Alia played in her debut film "Student of the Year".

Hiba has sung the reprised version of the show's title track, which has originally been sung and composed by singer Shantanu Mukherjee.

"I didn't believe I can sing till the makers of the show convinced me of my singing capabilities. They encouraged me and I agreed to record a song in the studio and it turned out quite well.

"The team was very happy. The song will now be used for Amaya's character in the coming episodes, the moment Amaya - Mantu track begins," Hiba said in a statement.

Tere Sheher Mein is aired on Star Plus.

kanika71 6 years ago congratzz Karan Patel!!! top 5 and Love you

U_naaz 6 years ago You look dashing Karan Patel.
The cutest smile ever.

6 years ago Karan Patel love u alot have a nice day!!!!

simran_2 6 years ago Karan Patel is a. very nice actor,good looking ,he is doing nice job in yhm.

6 years ago Karan Patel u r outstanding actor!!!!love u...

_pallavi_ 6 years ago Karan Patel...can't imagine YHM without you in it...truly the heart and soul of the show:-):-)