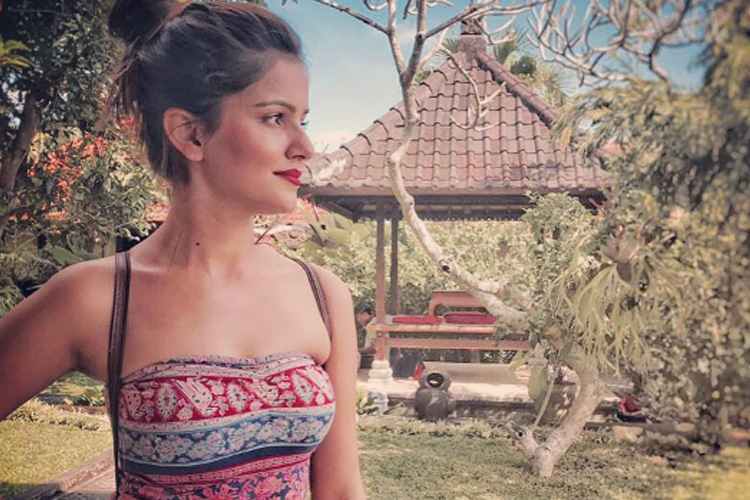 Actress Rubina Dilaik manages to juggle her on-screen character of Soumya from Shakti... Astitva Ke Ehsaas Kii and her real life attitude in a smooth manner.
As shy as Soumya is, Rubina in her real life is bold and expresses her beauty in the most aesthetic manner.
Recently, the fans of the actress went gaga over a sizzling photo shoot of the actress which was, infact, done by her boyfriend and actor, Abhinav Shukla.
And while the fans witnessed her hot and bold avatar, the actress recently shared an image which got her fans to say 'Aww'...
The actress shared her childhood image recently and the innocence and sweetness that the actress has today was just the same when she was little -
Truly 'Awwdorable', isn't it?
11 Likes

Snehalika 3 years ago keep rocking my gorgeous Rubina Dilaik. you are the best.I love you.watching you show.love you Rubina Dilaik.

Rubinafan 3 years ago love you my beautiful Rubina Dilaik. love you so so so much

Srigayathri 3 years ago Rubina Dilaik is indeed pretty girl who has a great talent by birth and a golden heart who can even forgive and wish good for her haters/bashers... Truly a pure soul.. god bless you Rubina Dilaik.. keep shining

RubiDilaikFan 3 years ago How adorable she was and She is still the same. My cutie pie.. Love you Rubina Dilaik

Virat Kohli and Anushka Sharma 'Take a Break' with Instagram ...
17 seconds ago

'Tujhse Hai Raabta' to take a Leap; Checkout their Post Leap ...
52 minutes ago