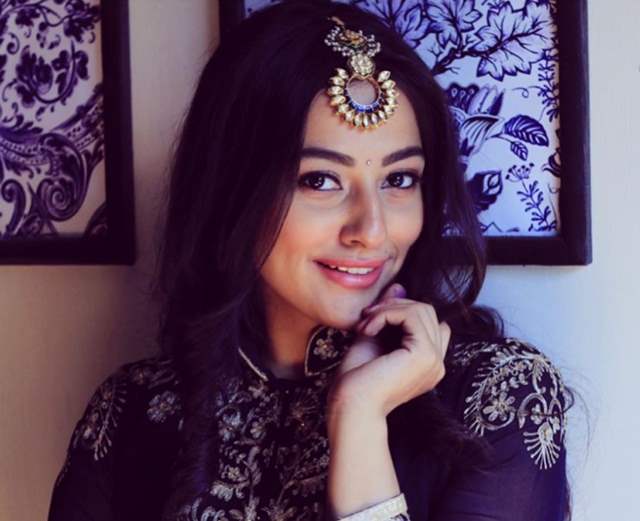 Paras Kalnawat is one of the most entertaining and loving young characters of Rajan Shahi's "Anupamaa". The actor plays Samar Shah in the show and is every bit of a sweetheart. This adorable guy will soon meet the girl of his dreams in the show.

Yes, Anagha Bhosale of "Dadi Amma... Dadi Amma Maan Jaao!" fame will soon enter the show as Nandini and will be paired opposite Paras in the show. And the fun and loving character that he is, the audience can expect some more entertaining and engaging sequences of this new jodi.

"Anupamaa" is already topping TRP charts. The friendly and adorable mother-son relationship of Anupamaa and Paras is being loved by all. Paras' character Samar stands by his mother always and is the only support she has in the house. He not only wipes her tears but also makes her dance with him, so that she forgets all the troubles of the world.

It will be interesting to see how Anagha's character Nandini will affect their relationship. Will it sweeten it more or will she create differences between the two. Let's wait for the makers to reveal more on this.

These two new entries will definitely add more drama to the beautiful storyline. But only time will tell whether it will be good for the Shah family or will it add more trouble.

"Anupamaa" features Rupali Ganguly in the titular role. It also has Sudhanshu Pandey and Madalsa Sharma. The show airs on Star Plus at 10 p.m. The emotional content is keeping the audiences glued to the TV show.

SamW92 1 months ago I really liked Anagha Bhosale in the show Dadi Amma. It's another very good signing after Nidhi Shah.

Payal Ghosh To File Official Complaint Against Anurag ...
3 minutes ago