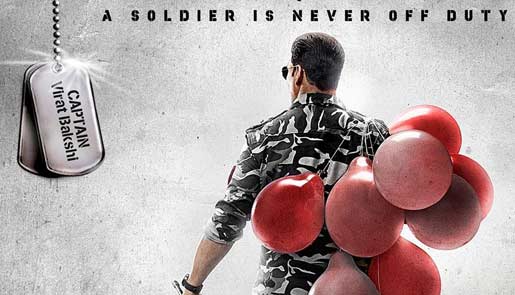 Actor Akshay Kumar, whose film "Holiday - A Soldier Is Never Off Duty" had a successful run at the box office, felt proud upon seeing a group of policemen training at a beach here.

"Caught a fleeting sight of an army of cops on Juhu Beach. Truly felt proud and grateful to see them there gearing up for our safety while we sit in the comforts of our home enjoying the day off. Hats off to them for truly never being off duty," Akshay posted on his Twitter page.

In "Holiday...", the actor portrayed the role of an army officer, who sets out on a mission against terrorism and sleeper cells.

At a recent event in the capital for his new reality TV show "Dare 2 Dance", Akshay was asked if he'd like to do a social issue-based show on the small screen a la Aamir Khan's "Satyamev Jayate".

To that, he said he's doing his bit via his films.