View Profile
After several unsuccessful stints at the silver screen, including failed experiments in three different genres, Harman Baweja seemed to be lost in the ashes. His viewers, fans and he himself might have given up on his 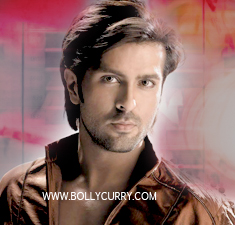 chances in the film industry, but his father and guide, director Harry Baweja still holds some hope for his son.
The three flop films in which Harman starred in were: Love Story 2050, co-starring Priyanka Chopra; Victory, co-starring Amrita Rao and What's Your Rashee?, co-starring Priyanka Chopra again, who if we recall, donned into 12 different avatars, one for each different zodiac, all which proved to be a waste of both time and money.
Now that Harman dejectedly given up son himself, daddy dearest comes to rescue. Sources reveal that Harry Baweja is currently in talks with film professionals with the desire of wanting to remake his film Qayamat: City Under Threat  - which itself is a remake of the Hollywood movie, The Rock - this time with his son Harman essaying the lead role. In fact, if all goes well, we hear that Harry's very keen in roping in the one-film wonder girl Sonakshi Sinha opposite Harman.
Harman might not have found much favor for his work in Bollywood thus far, but as they say, from the ashes rises the phoenix; we hope all goes well for Harman!