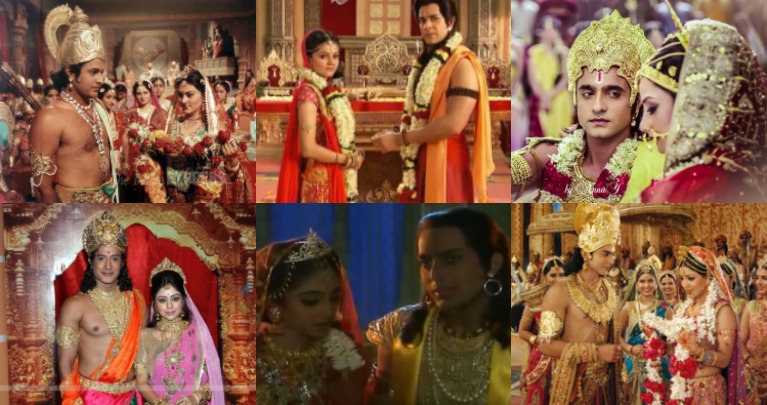 Mythological shows on television are catching up with the audience very fast. They do not mind watching Ramayan or Mahabharat time and again even if they know about these mythological stories, unless they are not made well. Today, being Ram Navami, we list down a few actors, who essayed Lord Rama and impressed the masses. 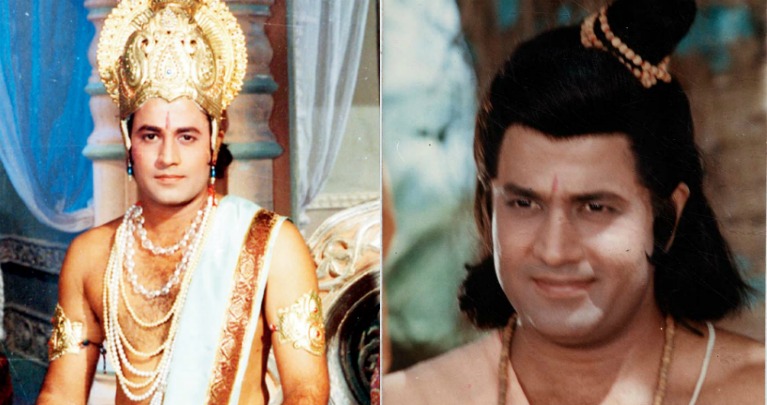 Arun Govil, till date, is the most loved Lord Rama of television. He played the Lord in Ramanand Sagar's 1986 hit adaptation of the Hindu epic titled Ramayan which aired on Doordarshan. The series went on for three years and Arun's portrayal of Rama is remembered by one and all till today. We can say that it was because of Arun, that people's inclination towards mythological shows increased. Arun was also quoted in an interview saying that due to him playing Lord Rama, people who were even older to him in age would touch his feet. 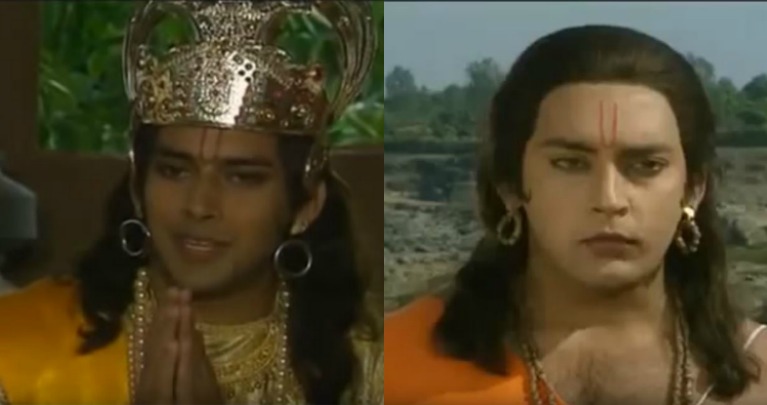 Actor Siraj Mustafa Khan who was last seen on Sony TV's Bharat Ka Veer Putra - Maharana Pratap, also played Lord Rama. The actor was seen playing the role in DD-Metro's TV's 'Jai Hanuman' in 1997. The show then aired on Sony TV. The USP of this show was that the story was told from Hanuman's perspective. 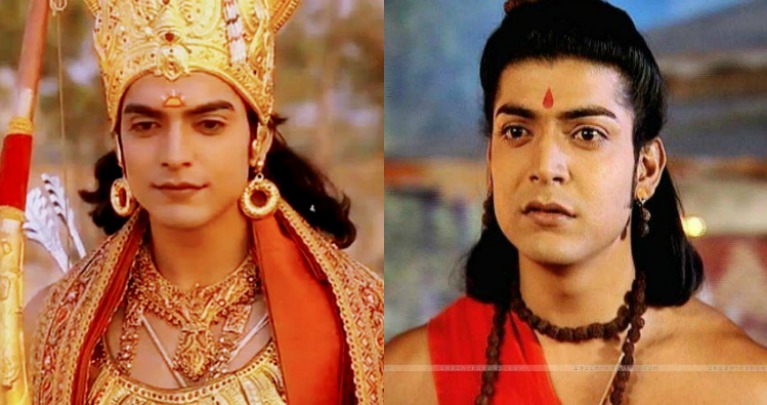 Gurmeet Chowdhary played Lord Rama in Anand Sagar's 2008 remake of his father, Ramanand Sagar's 1986 Ramayan. This show too was named Ramayan and aired on NDTV Imagine. It also proved to be a boon for the actor, Gurmeet Choudhary as his career took off from there. His wife Debina Bonnerjee essayed the role of Sita. This show made him popular and he went on to become a household name. The actor revealed in an interview that he was chosen for the role of Lord Rama because his eyes resembled the Lord's eyes. Lord Rama is said to have Lotus Eyes. Looks like Gurmeet was destined to play Lord Rama after all. 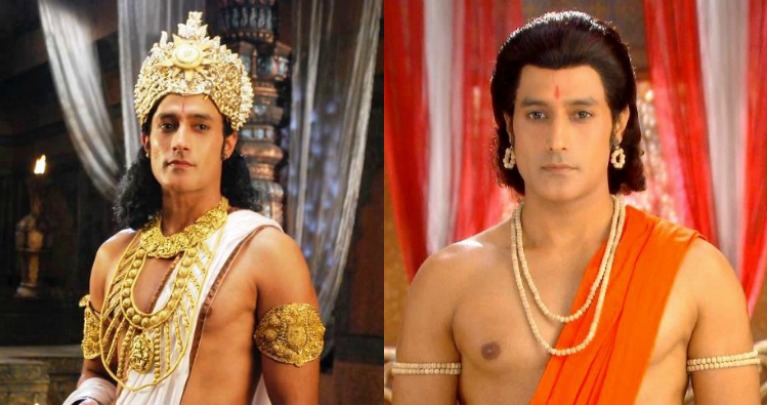 Actor Gagan Malik played Ram not once but twice. His first role as Ram was in Zee TV's 'Sabke Jeevan Ka Aadhar - Ramayan'. Neha Sargam was cast opposite to him in the show. Gagan will again be essaying the character of Lord Rama in Sony TV's ongoing show 'Sankat Mochan Mahabali Hanuman'. The actor has an uncanny resemblance to Mohit Raina. He has also confessed that while doing the Zee show, many people confused him with Mohit Raina, who was then playing Mahadev in Life Ok's Devon Ke Dev Mahadev. The actor is currently playing Lord Rama, Lord Vishnu and Lord Krishna in Sankat Mochan Mahabali Hanuman. 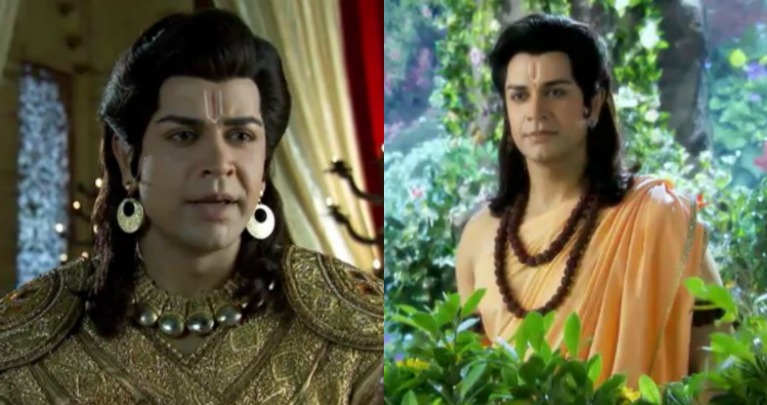 Actor Piyush Sahdeva credits his fame to the serial 'Devon Ke Dev Mahadev'. He feels it was this serial that made him famous. As the title suggests, Devon Ke Dev was a show based on Lord Shiva, but the makers introduced a parallel role of Lord Rama as well. Even though it was a short role, Piyush successfully grabbed eyeballs. Piyush was quoted as saying that many people told him that after Arun Govil, it was he who played Lord Rama to perfection, but Piyush feels different. He says that Arun Govil was perfect as Ram. 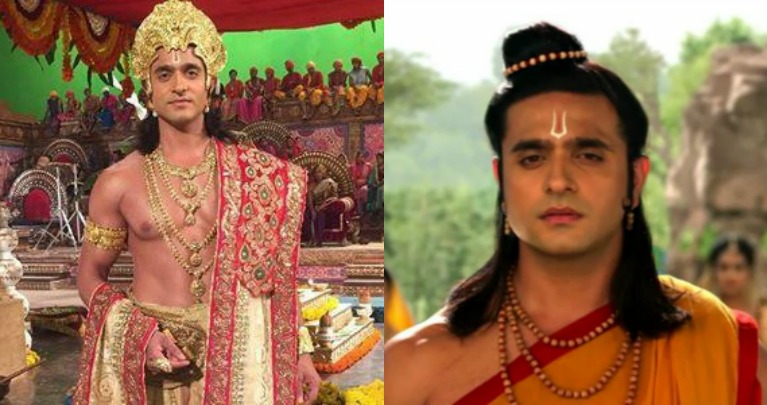 Ashish Sharma currently essays the role of Lord Rama in Star Plus' 'Siya Ke Ram'. Ashish is so dedicated to his show that he has ignored a grave spinal cord injury and is also trying to adapt to the look demands in the show. The title itself suggests the uniqueness of the show. The storyline is narrated from Sita's point of view, which is happening for the first time on Indian Television. The serial is grabbing many eyeballs for the whole narration and picturesque locales.

All in all, it is one good thing that Indian television has not limited itself to saas-bahu dramas or thrillers. Gradually, the mythology genre is also creating a niche for itself. It is a good thing because mythology teaches us valuable lessons in life.

Which of  these actors did the most justice to the character according to you? Comment below...
Tellybuzz wishes all its readers a Happy Ram Navami.

10 months ago Ashish Sharma You r the best Ram ever :)

5 years ago Ashish Sharma you are superb as RAM.
Loving SIYA KE RAM..

5 years ago Arun Govil is forever as Ram and Dipika as Sita...

5 years ago Ashish Sharma,you are the Best Ramji :) Ashish Sharma , the best Ram ever

5 years ago Ashish Sharma you are the best Ram ever