Today BollyCurry gathers the fans of a beautiful and talented star who celebrates the joyous occasion of her birthday. Happy and settled, we talk of none other than Lara Dutta!
Lara Dutta was born on 16th April, 1978 to a Punjabi father and an Anglo-Indian mother, and has two elder sisters - Sabrina and Cheryl. She completed her studies at St.Francis Xavier Girls' High School and then the Frank Anthony Public School in Bangalore before graduated with a proud degree in Economics from Mumbai.
Dutta started her career early in media with a few modelling contracts and beauty pageants including Gladrags, Miss Intercontinental Pageant (1997) and the Femina Miss India Universe (2000). The latter was widely followed and judged by Bolly Town folks and subsequently introduced her to the Indian film industry.
She debuted with the movie Andaaz (2003) opposite Akshay Kumar and co-staring fellow beauty queen of the same year, Priyanka Chopra. The film surprisingly did extremely well at the Box Office, despite receiving mixed reviews from critics. Regardless, Dutta's performance was much applauded, thus earning her her first Filmfare Award for Best Female Debut.
The pretty lass followed this debut by appearing in films such as Bardaasht (2004), Aan - Men at Work (2004), Insan (2005), Elaan (2005) and Jurm (2005), all of which failed to impress the audience and critics. However, Dutta did manage to grab screen attention once again, mainly with the aid of multi-starrers and commercial films such as No Entry (2005), Partner (2007)  Blue (2009) and Housefull (2010). Besides acting, the accomplished star is also a producer and released the movie Challo Dilli (2011), which turned out to be a successful venture.
With regards to Dutta's personal life, she dated Kelly Dorjee - whom she met through Gladrags - for nine years, Dino Morea and American baseball player Derek Jeter. However, she eventually married Indian tennis player Mahesh Bhupathi in 2011 and together they have a daughter, born on 20th January, 2012, named Saira.
Post-pregnancy, Dutta starred in David (2013), which failed to set the Box Office cash registers ringing. She then was spotted in a successful item song and extended appearance in Don 2 (2011). The actress will soon be seen in the sequel to No Entry titled No Entry Mein Entry, the sequel to Challo Dilli titled Chalo China and the comedy film Banda Yeh Bindaas Hai also starring Salman Khan, Govinda, Boman Irani and Tabu.
In addition to the Filmfare award mentioned previously, the gorgeous star also received the Star Screen Award for Most Promising Newcomer Female (2004) for Andaaz as well. She is also the proud winner of a Rajiv Ghandi award for her contribution to the Hindi Cinema (2008), FICCI Young Achievers Award (2012) and L'oreal Femina Women Award (2012).
To celebrate Dutta's birthday with fun, below is a mini-playlist of some of her top songs:
From BollyCurry and all Lara Dutta's fans across the globe, here's wishing the gorgeous star a very happy birthday and all the success for the future!
Writer: Alina S.
Editor(s): Vaishnavi V. and Jenifer Y.
Graphics: Virina R.
Do you have a suggestion or comment for BollyCurry? Drop us a PM at BC_Dropbox today!
Featured Video 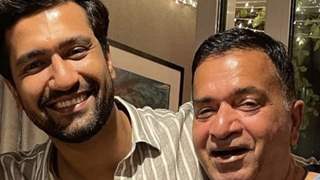