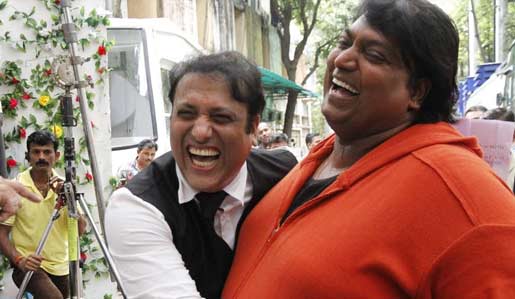 The famous Choreographer, Ganesh Acharya will be acting and producing the upcoming film 'Hi Bro'.

What we hear is that, Ganesh Acharya's good friend Govinda will be seen making a special cameo in his upcoming production!

The film will also see Ganesh showing off his acting skills along with Govinda who has already shot for his seen.

"It wasn't difficult for Ganeshji to convince him for the scene as they share a very special bond in real life. Govinda plays a drunkard in the cameo scene.

Also, he pulled off the drunkard scene very easily as we all know what a wonderful actor he is!" added a source close from the production team.

Well, Ganesh Acharya who has made Govinda dance in a number of hits like Coolie No 1 and Haseena Maan Jayegi, one shouldn't be shocked to see Govinda dancing in 'Hi Bro' too!!
0 Likes