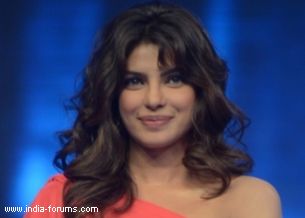 Actress Priyanka Chopra has wished Harman Baweja, whom she reportedly dated in the past, luck for his upcoming film "Dishkiyaaoon".

"Congrats Harman. And good luck to team Shilpa Shetty. Show some love twitterverse," tweeted Priyanka, 32, who shared screen space with the 33-year-old actor in "Love Story 2050" and "What's Your Raashee?"

"Dishkiyaaoon" is slated to release March 28.