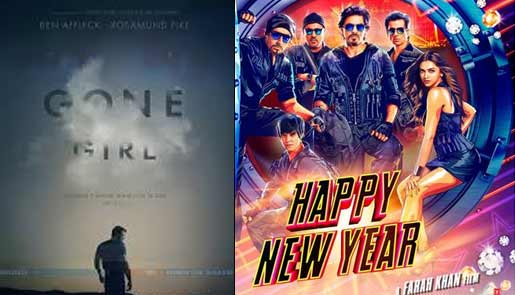 The David Fincher-directorial was to release Oct 24, a day after Diwali, and "Happy New Year" is releasing on the same day.

The Hollywood movie, which has received a positive feedback at the US box office, is based on a best-selling novel by Gillian Flynn.

In the film, Affleck stars as a writer who is caught in a media circus when his wife goes missing and the police suspect he is responsible. Rosamund Pike plays his wife.

Actors like Neil Patrick Harris, Tyler Perry, and Carrie Coon are also part of the movie, which had its world premiere on the opening night of the 52nd New York Film Festival last month. In the US, the movie released Oct 3.