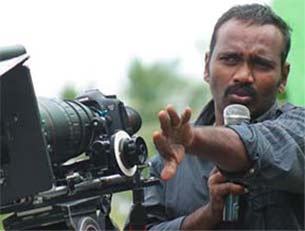 Cinematographer-turned-director S.D Vijay Milton, who is basking in the overwhelming response to his recent Tamil directorial "Goli Soda", is equally upset with the fact that he has been accused of stealing the story.

He calls the allegation "baseless" and has openly challenged anyone to prove it with evidence.

"Firstly, I would like to thank the audience for making my film a big hit, especially to the positive word of mouth generated via online medium. But I'm saddened with the fact that some are accusing me of stealing or copying this story," Milton told IANS.

"I think all such allegations are baseless and I challenge that person who is making such accusations to prove me wrong with evidence. I have material to prove that this is my own work. I don't mind handling this matter legally but that person should bring forth evidence too," he added.

"Goli Soda", which released Jan 24, is the coming-of-age story of four kids from Koyambedu market.

The film, featuring four child actors, is about the pursuit for identity. The performance of the lead cast was lauded by critics and audience alike.

"I'm not angry with these allegations because I haven't done anything wrong. My film is about the pursuit for identity of the four kids. I don't think I would steal someone else's identity and make a film on this subject," he said.

"I have had this story for many years. I knocked on several producers' doors and all turned me down. But then I started making the film on my own. I would work as a cinematographer during the weekdays and use the money earned from it to shoot the film during the weekend," added Milton.

"What can you possibly do with a story? Because there are other departments such as screenplay, dialogues, music and execution that are equally important for a film. Therefore, you can't make a film just by stealing a story," added the director.