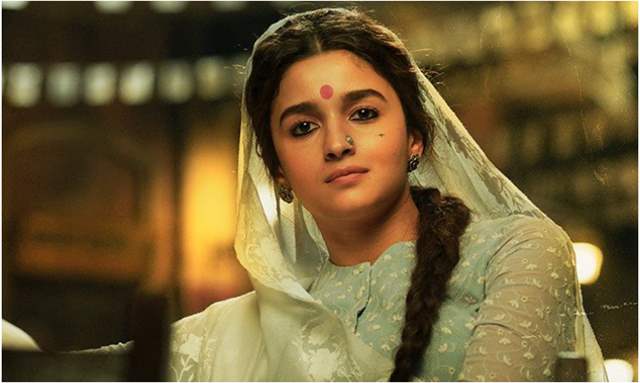 Earlier, Bhansali shared the poster of  Gangubai Kathiawadi and it left the fans excited for more. Now, taking to his social media handle the ace director surprised his fans by sharing a new poster of the film, followed by a teaser that features Alia in a never-seen-before avatar.

Meanwhile, fans can’t get enough of Alia’s prowess to shapeshift into her new avatar, the actress has also shared another picture from her upcoming magnum opus.

Earlier today, Bhansali Productions handle tweeted the new poster with a caption, "Fiery and feisty, she's ready to reign! Celebrating the man, his vision and 10th directorial, #GangubaiKathiawadi. Teaser out today. In cinemas on 30th July, 2021."

Now, the production house has shared the teaser of the film. “She rose in power and embraced life in her own way. Celebrating this art of a woman and the man who promises, yet another stem-winding story of #GangubaiKathiawadi. Teaser out now: http://bit.ly/GangubaiKathiawadiTeaser” read Bhansali Production’s tweet.

The film is based on a chapter from Hussain Zaidi's book, Mafia Queens of Mumbai that is about a woman named, Gangubai Kothewali.

In a career span of over two decades, director Sanjay Leela Bhansali has impressed the audience with his cinematic prowess. Bhansali made his directorial debut with Khamoshi: The Musical (1996), for which he received the Filmfare Critics Award for Best Film.

The shooting of Gangubai Kathiawadi is almost complete and now is also being reported that Ajay Devgn, who would play Karim Lala, requires to shoot his portion and would fit the dates in between Maidaan.

1 months ago Here come all the SSR fans to spew their nasty hate against a girl who had NOTHING to do with his death. Learn to educate yourselves about what really happened.

+ 5
1 months ago SLB should have chosen a prettier looking girl .. this one will not interest me .

1 months ago I saw the teaser...i didn't like her performance...but that's my opinion