And as I have been blabbering all this time, Winter Is Here and that is how the premiere episode of Season 7 of Game Of Thrones, Dragonstone went live.

All of us can unanimously agree on how explosive Season 6 finale was (quite literally!). So, some would have expected an equally explosive beginning to a shorter 7 episode season this time. However, that's not how it was meant to be (rightly so!) The premiere episode of every season of the show has always been a subtle one, where the plots usually develop and the characters have some breathing space.

And Dragonstone was no exception to this as it was one of those episodes which did not have fireworks which, infact, was the best part of the episode. Minus all the huge moments, this episode delivered some intricately designed scenes with crisp dialogues and some fabulous editing chops. 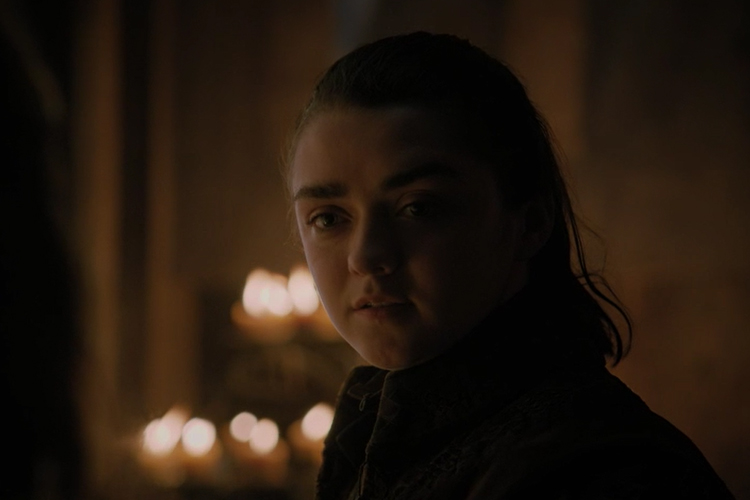 After being No One at all for six goddamn seasons, Arya (Maisie Williams) finally became the vengeful Arya, when she slit Walder Frey's (David Bradley) throat. But, you know what? Walder Frey is BACK from the DEAD!

Nah Nah! Not exactly. Not everybody is as lucky as Jon Snow. The opening scene of the episode was killer (literally) had an array of deaths with Arya killed all the Frey men wearing Walder's mask not hurting Frey's daughters and wives. Post that, a victorious exit followed after she reiterated the words of whistles, "Winter has come" and "The North Remembers". Now, on her way to King's Landing, she has a friendly encounter with some apparently Lannister-allied men singing a song and eating a rabbit.

And guess who is the lead of the troop? None other than the Ed Sheeran folks! Yes! The much-awaited cameo of the pop icon, Ed Sheeran finally happened as he played a soldier and it was neither amazing nor underwhelming. To be honest, it was sort of wasted at tne end.

Winner: The Night King, The Dead Army and The Giant Dead Man 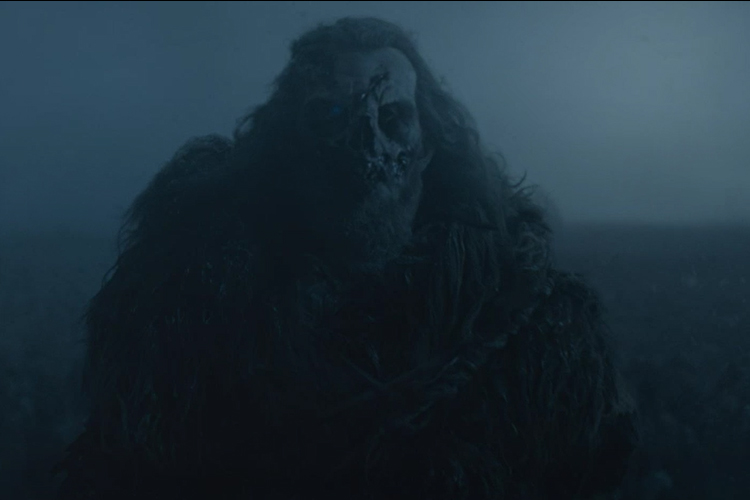 Man oh, Man! Never, and I am sure you'll agree that never have we witnessed a more intimidating march of a troop consisting of dead people. The Night King made his slow-motion walk followed by his army of the dead and this scene was enhanced with Ramin Djawadi's breath-taking background score. And what caught my eye was an undead giant zombie.

If only, the Night King's army wasn't formidable enough already. 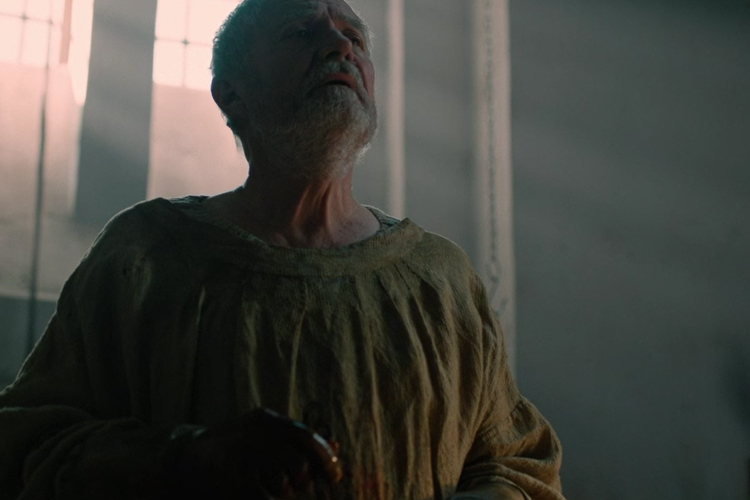 The book readers here would probably have spotted this. The episode showcased something the show has never really done before. And that was taking references from the most underrated and unexplored book of the series, A Feast For Crows. Where everything is going either good or bad for the main guys in the already convoluted saga, the consequences of the lesser known have been ignored. A Feast For Crows is a book I loved as it touched the untouched aspects. And Dragonstone did that providing bliss where be it the reference about how The Hound reunites with those poor people he left to starve several seasons ago or the storyline where Samwell aka Sam is cryptically enlightened by Arch-Maester (Jim Broadbent). The man's speech about power and truth is a tool to let Sam know a glimpse about the White Walkers and that is amazing. 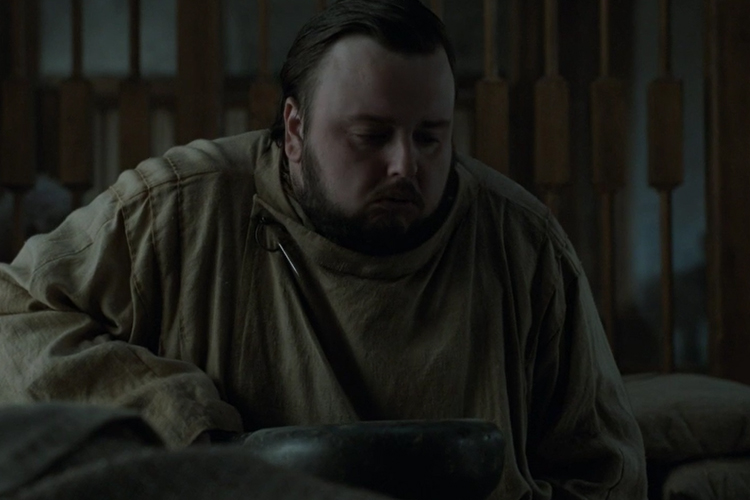 Talking about Sam, the poor man is picking up people's shit and transporting it into the sewage, eating jail-like food and doing peonwork. All in all, life isn't so good for Sam at the Citadel, but all this in the quest for getting to know about the White Walkers. 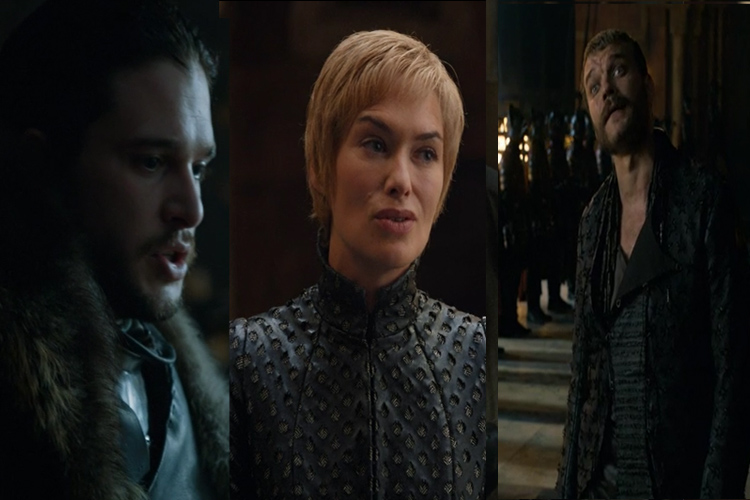 Why did we include all of them together? It's the rulers we are talking about here. Be it Jon (Kit Harington) taking a stand against Sansa (Sophie Turner) undermining him in front of all the other banner men or Cersei's (Lena Headey) surprising call of Euron Greyjoy (Pilou Asbk), the King in the North and the Queen of Seven Kingdoms  respectively have some ruling capabilities for real (even Sansa applauds Jon for being a good ruler later.)

The private talk scene between Sansa and Jon is a crisply written scene, where the brother-sister's love for each other along with their awkward acceptance is amazingly evident.

Cersei gets a marriage proposal from the new ruler of Iron Islands, Euron Greyjoy which is royally refused by her. However, the alarms are ringing and everyone is all ears when Euron tells Cersei that he will now be back to King's Landing with something special. What? We have no idea yet. It, however, can be Tyrion Lannister (Peter Dinklage). 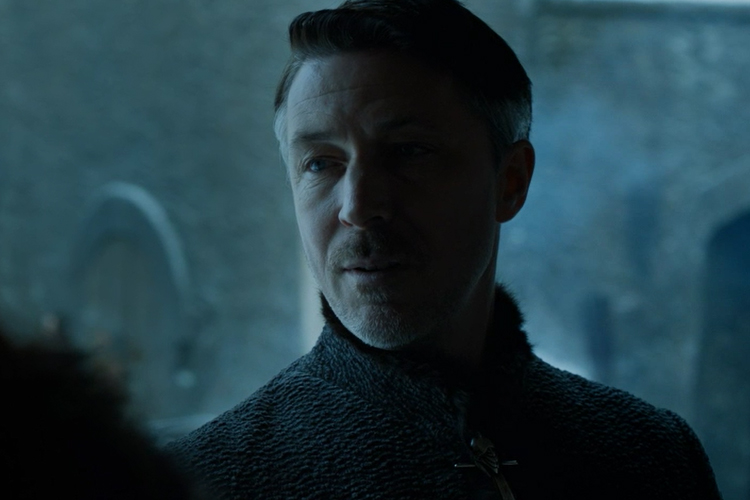 Once again, Littlefinger's (Aidan Gillen) repeated attempts of wooing Sansa continues to be slammed by the latter as Baelish had nothing to do much as Sansa wouldn't fall for his tricking words. 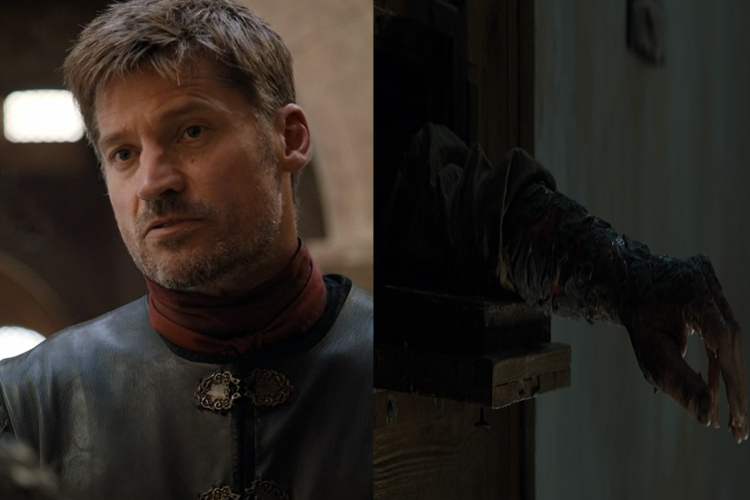 Even though Jaime (Nikolai Coster-Waldau) was the most truth-speaking one in this whole episode, he still seemed helpless and a loser as he was constantly berated by Cersei pertaining his pride, him freeing Tryion and many other things. Also, apart from a 'how dare you propose to the love of my life?' look, he couldn't do much during his tenure apart from just standing there.

As much as I LOVE the opening credits and the Game Of Thrones theme soundtrack, it has been a suspense-killer sometimes. And that's what happened with Ser Jorah Mormont's (Ian Glen) thrill  of removing his hand out of a little chamber. His life is miserable right now as his greyscale has almost totally got to him and is locked at the Citadel. But as I had seen Ian's name pop up in the opening credits, I kept waiting for his entry which made his sudden pop-up tad unimpactful. However, an amazing thrill overall, Ser Jorah is not leading a good life right now and is desperate to know about Dany's landing in Westeros which he asks Sam, but gets no answer. 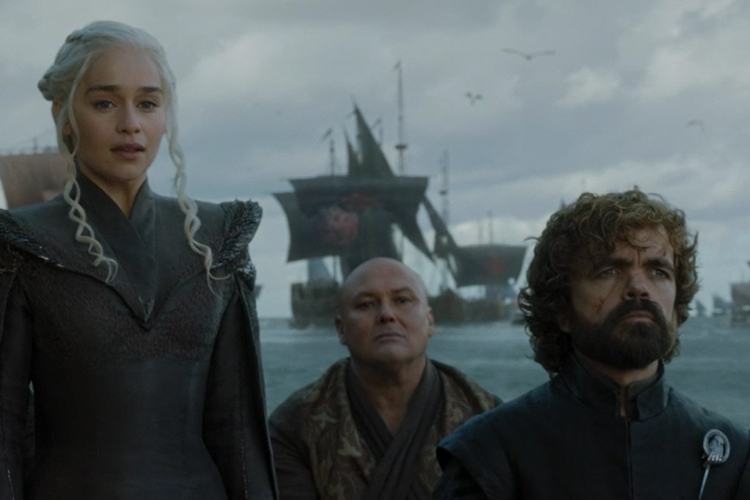 Undoubtedly, isn't it? The damn episode is about where Daenerys Targaryen lands in Dragonstone. Apart from a detailed visual tour of Dragonstone, Daenerys looks more determined than ever. The other thing that makes Daenerys a clear winner is how everyone in the seven kingdoms is talking about her. And why Tyrion? He is currently pretty secured following Dany.

On one hand the Dead Army is a threat and on the other hand, the several Houses continue to plot against each other.

It has been the perfect start to a long-awaited season and it has been a treat to see such intelligent sequences building up.

What do you have to say about the same? Leave in your comments below...
7 Likes

daenerysnow 3 years ago I'm ruminating upon the somewhat anti climatic start to Season 7, which actually sets it up quite nicely for what's coming around the mountain..things are building up, accumulating into one unified phenomena, static but on the brink of bursting. The wait for the next episode is going to feel like a century.
Either arya and sansa will deviate into darker storylines, there's some foreshadowing of it, while this is pretty much expected of cersei. Something's definitely going down between cersei, Jaime and euron..While I didn't find the white walkers and dragons particularly spectacular, I liked the mini going ons of all else lost in their own world of problems, and the blissful ignorance of all that.

Tinkerbelle88 3 years ago I loved it! It's following tradition giving you exactly what you expect out of a premier episode which mostly lays the foundation for the drama to be built upon later on. Things I loved about it was Arya's vengeance the opening scene initially confused me but a few moments later I got a gist of exactly what's going on, I liked Ed Sheeran's cameo quite a lovely surprise there and his voice is always pleasing to hear. I loved how Jon rocked as king of the North. And we finally got a glimpse of jorah felt really bad for him. So the stage is set really well now can't wait for the next episode and what it brings.

Except Miserable job of Samwell...I hope they don't go in detail next time...I was about to vomit too.

Dead Army marching was thrilling and giant wildings have another feather in the cap of Night's King.

Great to see one more strong n deserving contender of seven kingdom is evolving. Jon has definitely came so far in terms of how to take control n rule.

Dany n Tyrion duo is looked more determine than before.

This new Sansa is intriguing n strong. I wish she remained sane and interesting as she now and didn't get manipulate by Lord Bealish.

Arya was slayer in the episode.

review
Review 'Bandish Bandits' Hits The Right Tunes With its Acting ...
21 minutes ago