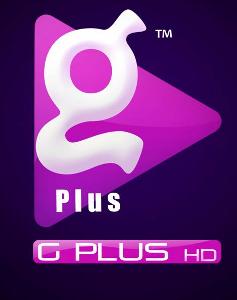 With the revamp of Star One, turning to Life OK, it's time for G plus- a new GEC to come into existence. Yes, you've heard it right. A new GEC channel is in the making and many of  the well known actors have been approached for the shows that are coming up on the channel.

A source reveals further, "G plus TV is aiming to be India's first semi-youth channel which would bring a total package of comedy, family drama, youth love stories and many more. Currently, many renowned production houses from the industry are making shows for the channel."

"Generation Plus is an upcoming Hindi General Entertainment Channel,powered by Navdurga Plus Entertainment .pvt .ltd. associated with Subharti Group. Mr Ajay R Shah is the man behind the channel's establishment", adds the source.

The channel is expected to go live sometimes in February.

We too hear that Venture motion pictures production house that had produced a Marathi film 'Pakda Pakdi' is also making a show for the channel.

Let's see whether this channel ropes in more eye balls!

55 plus nominations for T-Series; House sets a new benchmark

WISH ATLEAST THIS CHANNEL GET SOME NICE SHOWS ...

+ 5
9 years ago thank God some youth channel is coming up.
I hope Ekta Kapoor brings PKYEK back on this channel

9 years ago i hope shows like DMG and MJHT are aired on this channel... Totally bored with traditional dramas...

9 years ago Congratulations and Welcome to the TellyWorld G+. Hope you bring to us the best shows and Wish you loads of Success !!!
Rang Badalti Odhani aired on StarOne (now LifeOK) is my all time favorite show and is a perfect blend of comedy, family drama, youth love , romance and much more similar to what the new G+ channel is looking for. We would welcome such kind of a shows on this new channel to entertain us. Also we would love to see Karan and Yashashri as lead pair together again. They have the most amazing and magical chemistry . It would be great if G+ could make it possible to get us (Yasharan fans) another beautiful and youthful show with Karan and Yashashri .

+ 5
9 years ago please bring pkyek season two on this..with more interesting stories and twist with the same cast and crew