New Delhi, Jan 8 (IANS) Traditional Indian folk and devotional music from the heart of India is the flavour of the NDTV channel's kitty of documentaries this month.

'Baul Singers' by Sutapa Deb and two docu-features, 'Journeys with Sacred and Secular Kabir' and 'Journeys with Ram and Kabir' by Shabnam Virani will be screened between Jan 11 and Feb 5 in segments on NDTV 24x7.

'Baul Singers' narrates the story of Parvathy Baul, a resident of Thiruvanthapuram, who joins the band of wandering minstrels as a student in Shantiniketan and drops out of college. She is among the growing number of 'bauls' who have taken the traditional devotional music of Bengal to international audiences.

It also pans on the life of the celebrated Paban Das Baul, who has been based in Paris for the last two decades. The young boy, who sang for alms on trains, now has numerous musical collaborations with western musicians. Paban Das revisits the village of his birth in Murshidabad in West Bengal after a gap of 12 years.

The film travels from Bengal to Karnataka to document the struggle of the musicians to keep their centuries-old religious legacy alive and scout for talent, the statement said.

Baul, which means divinely possessed, is one of the few widely-known folk musical genres of Bengal sung by sect of bards known by the same name. The songs they sing are known as 'Baul-gaan (Baul songs)'.

'Journeys with Scared & Secular Kabir', a 94-minute documentary, narrates the tale of Kabir 600 years after his time when the mystic's legacy can be found in both scared and secular places.

This story unfolds through the life of Prahlad Tipanya, a 'low caste' singer whose participation in both domains begins to raise difficult questions for him about rituals and organized religion.

'Journeys with Ram and Kabir' probes the boundaries between Hinduism and Islam, both in Kabir's life and through his poems. 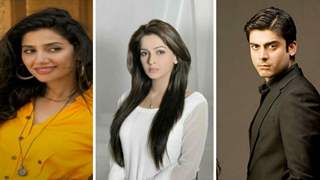