Ministry of external affairs Joint Secretary Malay Mishra said about 2,000 invites were sent out. But the turnout was not so impressive.

'We tried our best. We had a media briefing and advertised in the papers. We circulated nearly 2,000 invitations. There are less people Friday because there were other events in the evening,' Mishra told IANS.

However, Mishra was optimistic that more people would come to the fest that ends March 1.

Minister of State for External Affairs Anand Sharma, inaugurating the festival Friday evening, said such initiatives offer understanding of the cultural perspective of member countries through the medium of cinema.

'We should also have a mechanism to have a commercial release of such films. I know what I am saying is not easy,' he added.

Asha Swaroop, secretary information and broadcasting ministry, said: 'I am happy that we are screening 'Chak De! India'. It was one of the most successful films of last year. In fact, Indian cricket team has adopted 'Chak De! India' as their anthem.'

Neelam Kapur, additional director general of the Directorate of Film Festivals (DFF), Syed Nabizadeh, Islamic Republic of Iran ambassador and the chairman of IOR-ARC, and Stephen Michael, director of the film 'Yolngu Boy', were present.

The festival, jointly organised by DFF, Ministry of I&B and the Ministry of External Affairs, will be on till March 1 at the Siri Fort Auditorium. 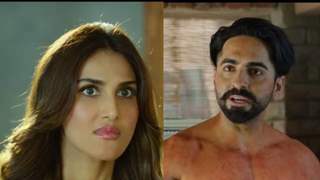 Ayushmann Khurrana reacts to the massive response his film Chandigarh ...