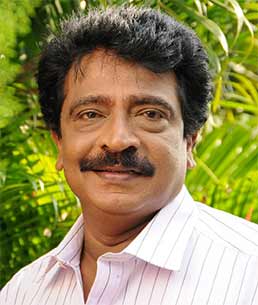 Actor Livingston, known for his comic and character roles, is set to don the director's hat with the upcoming Tamil musical horror film "Madipichchai". He says direction has been one among his many unexplored personas.

"For years I've been interested in writing, composing music and direction, but all that I could become was an actor. This urge to write, direct and compose tunes will be satisfied with my upcoming film 'Madipichchai'," Livingston told IANS.

"I have been writing this script for nearly three years and was hell bent on directing it. After a lot of struggle, I finally managed to find a producer to back me on this project. I'll also be composing the music," he said.

He's on the lookout for fresh faces for it.

"I can't afford to have popular faces. I'm looking for newcomers to play the lead roles and I plan to rope in some known character actors as well for other important characters," he added.

Quizzed as to whether he will stop acting, he said: "Acting has been my bread and butter for all these years. I can't ever bid adieu to it. I'll continue doing whatever roles I get but for now I want to concentrate on completing my directorial."