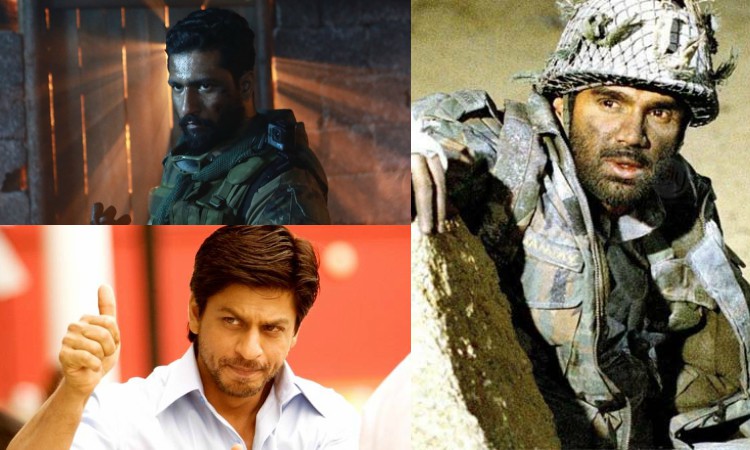 The IAF struck the biggest training camp of the Jaish-e-Mohammed (JeM) at Balakot in Pakistan just days after a suicide bomber killed 40 CRPF troopers in Pulwama, Jammu and Kashmir, India.

Moments after the news broke on the Internet, several users on Twitter used the popular dialogue "How's the josh?" from the latest release "Uri: The Surgical Strike", a cinematic take on what went behind the surgical strikes that India conducted on terror camps in Pakistan in 2016, just days after terrorists from Pakistan attacked a military base in Uri in Jammu and Kashmir leaving 19 Indian soldiers dead.

Whether it was "How's the josh?" to a modified "How's the Jaish..." -- referring to the terror group JeM -- social media users got innovative as they dug out popular dialogues.

Some Twitteratis used the "Chak De! India" tagline from the 2007 Shah Rukh Khan-starrer sports drama, to cheer the IAF for the achievement.

There were memes for the Indian Army, Indian Air Force, and the Indian Navy too.

Some social media users used the hook line "Apna time aayega" from actor Ranveer Singh's latest film based on Indian underground rappers. What the users meant was that after the Indian Army and the Indian Air Force showed their "josh", the Indian Navy is waiting for their chance.

Another dialogue doing the rounds from the hit war film "Border", wherein actor Suniel Shetty made a poignant point.