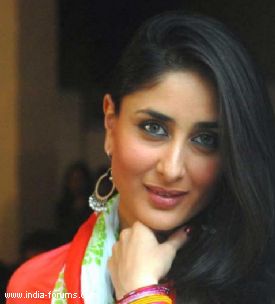 Kareena Kapoor says that she no longer feels safe in Mumbai as she used to two years back and "feeling of unrest is always there in me".

Kareena was present at the launch of Channel V's "Vith U" app for the safety of women.

When asked if she feels safe in Mumbai, she said: "I felt safe two years ago. But in the last two years there is an uneasiness in the city (of Mumbai)."

"The recent crimes against women have left some kind of unsafety even in our city, not only in Delhi. If such cases can happen in the capital then these can happen anywhere. A feeling of unrest is always there in me," she added.

Kareena also expressed shock over the continued increase in rape cases in the country.

She said that like others, her mother is also worried about her whenever she is shooting late at night and has to message her when she reaches home.

"If I am shooting at night my mother is worried about me. She stays awake as much as possible when I am shooting late at night or early morning," said the actress who is married to actor Saif Ali Khan.

"I have to message her everyday when I reach back home," she added.