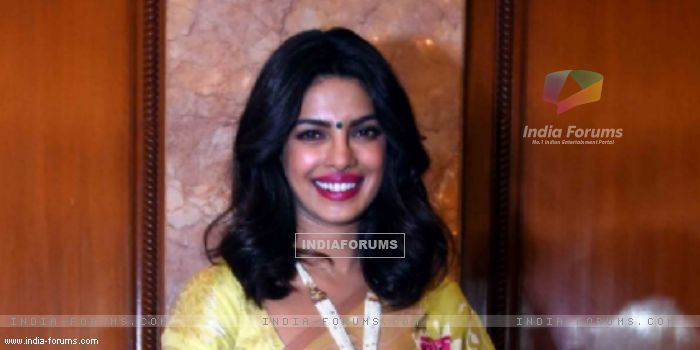 Bollywood actress Priyanka Chopra, who is also known for her work in American television and Hollywood films, says she feels it a privilege to be a part of the Academy Award committee and hopes it will Indian cinema to reach to the global platform.

"I feel really grateful to be a part of the Academy Award committee. I think it is great that the Academy people are including various people from across the world and taking an opinion on world cinema. Academy opens at a nomination level for the foreign language films category and I would be happy to give my opinion on our films that I am quite clear about," Priyanka, who was on a visit here, told media.

"There are so many films that come from the world cinema... Indian actors who win awards in films that are not made by Indians. I wish to change that..." she added.

rink80 3 years ago Priyanka is not a dull actress. Her acting has got her where she is today...great going PeeCee..keep rocking

RheaSingh 3 years ago academy awards lost its credibility i mean if a dull actress like Priyanka chopra can make it there..its not really difficult to anyone...mallika sherawat hasn't really tried otherwise she would have made there too