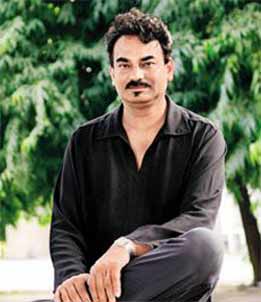 Goa-based ace designer Wendell Augustine Rodricks, popularly known as Wendell Rodricks, has been named for the Padma Shri honour, announced on the eve of the 65th Republic Day.

He has been announced as the recipient of the honour in the category of art (fashion designing).

Rodricks is one of the names in the fashion industry to have revolutionised the Indian ramp scene and also promoted it globally.

A revivalist in his own way and also a keen art patron and promoter of Goan talent, Rodricks has lent his support to local education, cultural associations, the Red Cross and the Alliance Francaise in Goa. He has put Goa firmly on the fashion map.

Rodricks, whose Goan heritage is reflected in his designs, began his career in fashion after a successful tenure in hotel management.

Trained in Los Angeles and Paris, he returned to India in 1988. After a brief span of two years, and designing for companies like Garden Vareli, cosmetic giant Lakme and diamond corporate DeBeers, Rodricks established his own label in 1990.

He later moved to his ancestral village in Goa in 1993, and there has been no looking back since. His ready-to-wear line with its minimalistic designs have found many takers.

Neil Bhatt talks about prepping up for Ghum Hai Kisikey ...
-4 seconds ago

Pooja Bhatt: "Alcohol was my drug of choice", Opens Up about ...
18 minutes ago