For employees, their boss is not just someone who is there with them at the workplace. Instead, the boss becomes a significant part of their life from what time they arrive, what work they do, what clothes they wear, and this happens whether the employee likes it or not. Bollywood has also highlighted the relationship between a boss and an employee many times in its own unique way. Keeping the National Boss Day in mind, here's BollyCurry looking at some of the funny and evil bosses of Bollywood who brought trouble and chaos for the lead characters. 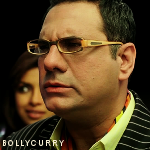 Boman Irani played the sweet but shrewd, gay boss to Priyanka Chopra's character in the movie Dostana. Chopra wanted to woo him to make her his successor as the editor in chief of the magazine they were working for. To do that, she invited him for dinner at her place. What followed were some hilarious moments filled with misunderstandings caused by the lies she had to speak to get the job. 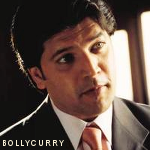 The 'boss' in the Shah Rukh Khan starer movie Yes Boss, played by Aditya Pancholi, was a womanizer who wished to keep his image clean in front of his wife. In order to do that, he took the help of Shah Rukh Khan, who wished to be a successful person. He was promised success in return of his loyalty, something he naively believed in. But when the boss catches the eye of Juhi Chawla, the woman Shah Rukh is deeply in love with, the boss wrecks up all kinds of troubles for Shah Rukh's character and decides to make his life hell. 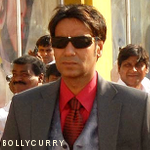 Ajay Devgn plays the character of a troubled boss to Shreyas Talpade in Golmaal Returns where he gets stuck in a situation which could very well end his married life. Shreyas Talpade helps his boss in all manners possible to land a permanent job at his company and gets tangled more and more in the mess created by his boss's lies which makes it really hard for him to separate his personal and professional life from each other. 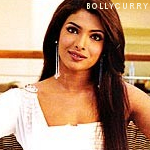 After getting a promotion, when Akshay Kumar finds out that his new boss is Priyanka Chopra, the past comes to revisit him. While he has moved on and lives a happily married life, she is too keen on rekindling the past flame. And when Akshay Kumar refuses her advances, she used all her power and authority of being the boss to ruin his life forever. 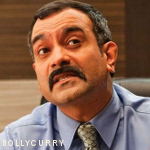 Ranbir Kapoor wants nothing more than to have an honest and earnest career as a salesman who wants to make the customers happy by giving them what they need. However his boss, played by Manish Chaudhry, is too money-minded and sees customers as objects rather than humans. His strictness and policies force Ranbir to branch away and start his own business under the nose of his boss. Despite playing a smart game, Ranbir isn't set free and his boss keeps looking for an opportunity to seize control from him.

These were some examples of bosses who are amusing and comical, or evil in Bollywood. We are sure that for as long as movies are made, the relationship between a boss and employee will keep on being explored at a variety of stages. Till then, use the comment box below and tell us who your favorite boss character is.