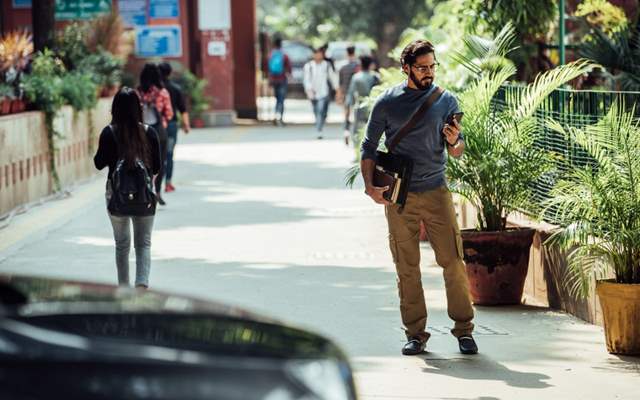 Dino will be seen playing the role of a political science professor and he recently revealed his preparations for his character and his take on choosing the show.

I like to be well-researched about my roles before stepping in front of the camera, so that I can essay the role convincingly. In Tandav, I will be seen in the role of a political professor and thus, I watched many films and shows which had professors and studied their body language.

I was away from the screen for a long time because I felt I had not been getting good offers. Acting is my first calling and I would never leave a chance if I get a good role. When I got the offer for Tandav, I loved the script in the first read and didn’t want to miss a chance to work with Ali Abbas Zafar. The ensemble cast also is amazing and diverse. I believe Tandav was a once in a lifetime chance and I grabbed the opportunity with both hands. It is the first political thriller show made in India and the name ‘Tandav’ is very apt as it is an interesting story in which everyone tries to bull back the other for their benefits. It is full of twists and turns. Though, based on the backdrop of politics Tandav also showcases the complexities in relationships. So, the people who do not have much curiosity on the subject of politics will also love watching the show.

A glimpse of what is Tandav all about:

The charismatic leader of a premiere political party, Samar Pratap (Saif Ali Khan), feels he’s ready to inherit the chair of PM after his party wins the (Lok Sabha) elections. Samar’s father, the party patriarch and the Prime Minister of the country, Devki Nandan (Tigmanshu Dhulia) is not willing to retire yet.

Anuradha, Devki’s close associate (Dimple Kapadia), party senior leader Gopal Das (Kumud Mishra) are few of many other leaders considering themselves fit to sit the chair. But the chair never comes easy.  A parallel story plays out with the idealistic campus activist Shiva (Zeeshan Ayub) who becomes an overnight youth icon as he shines at a political event.

Shiva wants to bring about the change, sway the youth and overthrow the power pillars. Shiva gets the first taste of power. Shiva and Samar’s lives intersect as the national politics meets the campus activism. The dance of politics ensues as a series of events expose the inherent deceit, manipulation, greed, ambition and violence in all the relationships.

Tandav will premiere on January 15, 2021 and will be available for Prime members in India and in more than 200 countries and territories.