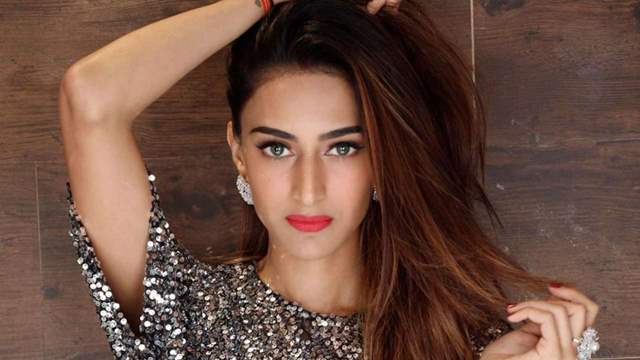 Erica Fernandes, who was last seen in Kasautii Zindagii Kay 2 and was soon seen in a music video, has been currently keeping her fans entertained with her social media posts. Erica has done a couple of roles that have managed to show women in various light, and today, as we got talking to the actress, she spoke about women in TV, things she has been always told she cannot do as a woman, and a little more.

What does Women's Day mean to you?

Women's day is definitely a day to celebrate women from all walks of life, but this celebration and recognition of women should honestly not be limited to just one day. Women need to be acknowledged, respected, and admired for their selflessness, for the way they only give and don't expect anything in return, and importantly for the unconditional love that is always flowing through irrespective of whether they are loved back or not!

As a woman, how do you see the television space progress for female characters?

Over the years, television has definitely progressed its ways of shaping up women's characters. Women are now portrayed as strong personalities, who are no more victims or naive or mild, but are in fact a lot more powerful, have their own voice, are quite inspirational with their ways of conduct, and standing up to any kind of unfairness. Women's roles on TV are written to be so much more appealing nowadays that they are ruling shows like none other with their power-packed demeanour.

What would you say are some stereotypes around women that you want to break, or are already trying to?

Stereotypes around women sadly don't seem to end, because of which there are so many that it's hard to pinpoint just one! Though all I can say is that these are just stereotypes at the end of the day, and do not in any way define us, women! So women being subjected to taunts or comments which are crossing the line, or are constantly being told about what they do should or should not do, should take a stand for themselves and not allow any kind of overshadowing to affect their mindsets.

Have you ever been told that you won't be able to do something just because you are a female, how do you feel about such things?

Oh yes I have heard this 'You're a girl you won't be able to do this' phrase a lot of times, but each time it has been told to me, it just made me even more determined to go out there and complete that task to only prove to myself that 'Yes I am girl, but I can definitely do this'!

What is the kind of content that you are looking forward to?

I am definitely looking at being part of a different kind of content compared to what I have worked on in the past. Content that will bring out a different side to me, challenge me as an actor and help me explore diverse genres and bring something new to the table and set the bar higher with each and every project I take up!

Here's to celebrating women and fans hoping she comes up with a new project soon.

1 months ago Hope KRPKAB 3 news is true... will love to see some more shades of Ms.Bose