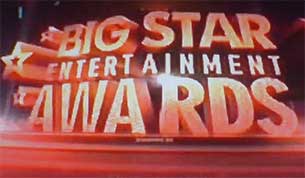 Looking for new trends? Award ceremonies have started rolling out and white has emerged as the colour of the season on the red carpet.

Mahie looked chic in a fitted white tube gown as she arrived at BSEA 2013. TV actress Kavita grabbed eyeballs in a white dress at the gala night.

Kaainat of "Grand Masti" fame also dazzled in a white and silver gown and added a bit of sensuality by showing off her midriff, a statement said.

Sunny was not left far behind as the Indo-Canadian adult star decided to go desi in a white sari with gold embellishments and a chic black pallu and blouse.

The fourth season of the Big Star Entertainment Awards will be aired Dec 31 on Star Plus.

CBI Team Denied Access to Sushant-Rhea's Place Where They Stayed With ...

Rhea Chakraborty’s Lawyer says, “She will face the Investigation” as ...

Ashalata Wabgaokar passes away due to COVID-19
25 minutes ago

Zarina Wahab was Tested Positive for COVID-19; Actress ...
35 minutes ago