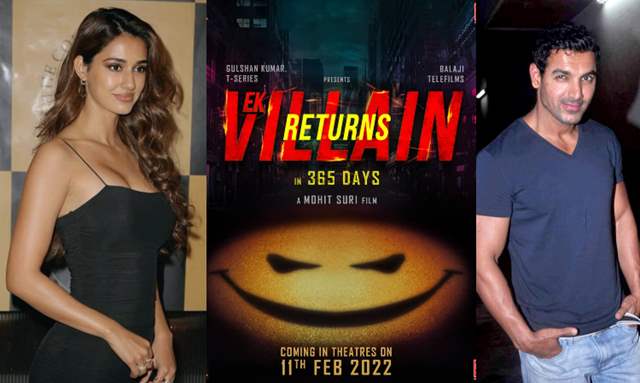 Bollywood actors John Abraham and Disha Patani are steadily completing the shoot of their upcoming film 'Ek Villian Returns'.  However, the shoot was halted by the Mumbai Police as the film’s team reportedly failed to follow the Covid-19 protocols regulated by the government to curb the spread of Coronavirus.

The mahurat shot of 'Ek Villian Returns' began at Mumbai’s Gaiety Galaxy theatre which is also known as the epicenter and iconic landmark of the Hindi film industry.

The team advanced for the shoot in Mumbai’s Worli village last night and the shoot was halted by the police as the crew was filming without following any COVID norms. There were no social distancing norms followed and thus the cops were forced to stop the shoot, reported the Times of India.

John Abraham and Disha Patani are a completely fresh pair and 'Ek Villian Returns marks their first collaboration. The film will also see Arjun Kapoor and Tara Sutaria in pivotal roles. The film will be releasing next year and is known to be a sequel to 2014 blockbuster ‘Ek Villain’ which starred Shraddha Kapoor, Riteish Deshmukh and Sidharth Malhotra.