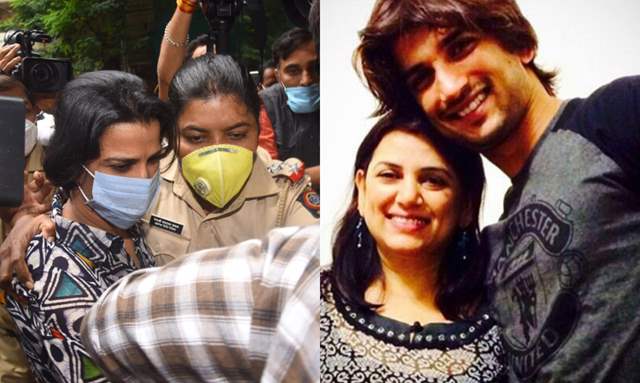 Sushant Singh Rajput’s sister Mitu was recently called in by the Enforcement Directorate (ED) for questioning in connection to the late actor’s death and financial irregularities in his account. She was seen entering the Mumbai office on Tuesday. A Times of India report stated that the actor's sister was quizzed about his finances.

The report also mentioned that the authorities were keen to know if the family members doubt the transactions that have taken place from Sushant's bank accounts. The ED even inquired about the Sushant's fixed deposits accounts.

For the uninitiated, Sushant’s father KK Singh alleged that an estimated amount close to Rs 15 crore was siphoned off from his son's account.

Earlier, KK Singh filed an FIR against Rhea Chakraborty and five other people for the abetment of suicide at Rajiv Nagar Police Thana in Patna.

The report also stated that CBI has recorded the statement of Singh and his family on Monday at the residence of his son-in-law OP Singh, who is the commissioner of Faridabad.

My emotional memory helps me shape my character in Anupamaa: ...
5 minutes ago

Barun Sobti says his transformation for Halahal was 'a bit ...
7 minutes ago

The Kapil Sharma Show: Chandan Prabhakar talks about ...
54 minutes ago