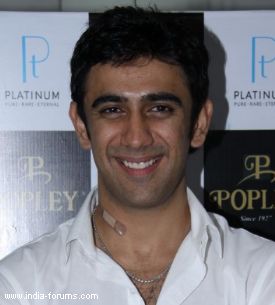 Actor Amit Sadh, who made a successful Bollywood debut with director Abhishek Kapoor's "Kai Po Che!" last year, says that he is waiting for his chance to work with acclaimed filmmaker Anurag Kashyap.

"I am eagerly waiting to work with Anurag sir. I am sure I will definitely become a part of his canvas someday," Amit Sadh said here Thursday at the launch party of LG G Flex smartphone.

"It is one of my biggest wishes. He is one of the best filmmakers this country has. I am just waiting for my chance to work with him," he added.

In his upcoming films like "Running Shaadi.com" and "Guddu Rangeela", Amit is working with filmmakers like Shoojit Sircar and Subhash Kapoor.