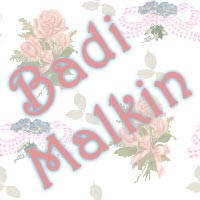 Zee TV has been rapidly making grounds in bringing about a strategic change in their content.

After the successful launch of Chhoti Bahu, DJ's Creations and Zee TV are joining hands for yet another show, tentatively titled 'Badi Malkin'.

According to our source, "The show will take a prime time slot and will be launched somewhere in mid March".

Talking about the concept, our source quips, "The show will see a young girl getting married to an elderly man, thus becoming the 'Badi Malkin' of the house".

"The star cast has not been finalized yet", concludes our source.

Well, it seems as though Zee TV has many big surprised in its kitty!!

13 years ago Here we go again...the same friggin story that''s being repeated every year...not to mention so decadent.

nightwalker 13 years ago i think the creatives have really lost it, looks like BV''s success is just getting in their heads, young girl getting married to elder man is done to death, and still being done in bandhini, good knows what new is zee coming with

13 years ago thanks...i probally wont watch it unless they have a cute peoples acting

+ 2
13 years ago Chhoti Bahu is so slow and boring and is just going around in circles. I stopped wathcing it. They should concentrate on fixing that one before jumping into a new one.

+ 2
13 years ago Its sad to see the makers of shows like Banegi Apni baat, JJKN , JLH... jumping into the crappy saas bahu shows.