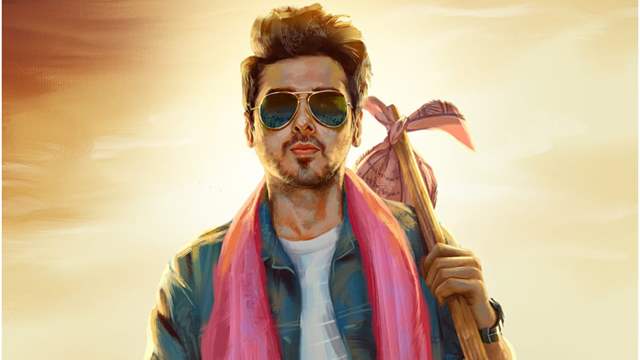 Hailed as the ‘Rising star of 2020’ for delivering blockbuster performances, actor Divyenndu has ensured to be the talk of the town all due to his dedication towards his craft. Each character portrayed by him onscreen was a hoot among the audiences – Be it the role of Munna Bhaiya from Mirzapur 2 or Akhil Srivasstava from Bichoo Ka Khel!

All these stellar performances showcased by Divyenndu in 2020 have piloted his way to stardom and his first theatrical release in 2021- Mere Desh Ki Dharti!

Stepping into the shoes of an engineer in the movie 'Mere Desh Ki Dharti', who takes certain decision and transforms his life for the betterment of the farmers, would be none other than the versatile actor Divyenndu. While the film narrates the harsh realities of farmers in the villages of India, the patriotic family drama also involves a concerning social subject communicated in a very refined narrative to the masses.

Over the years with the kind of work Divyenndu has done, he has proven to be a prolific actor! Divyenndu has performed varied roles and has carved a special place in the hearts of the viewers with each of his onscreen performances since the inception of his career.

Well, we are eagerly waiting for the theatrical release and we can’t wait to watch Divyenndu’s enchanting performance back onscreen!