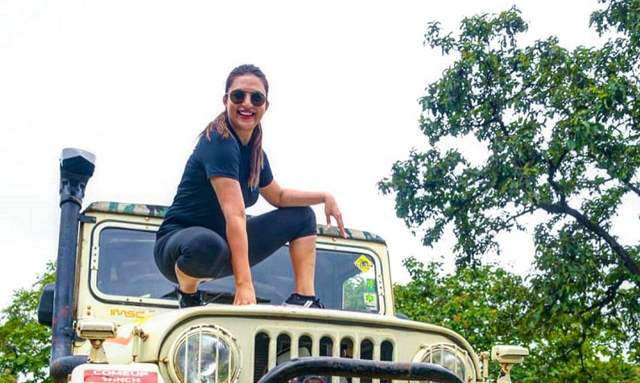 Bigg Boss is undoubtedly one of Indian television's biggest reality shows and it does enjoy a massive fan following. However, the show does leave many in two minds regarding their participating while some are absolutely sure of never doing the show. And well, Divyanka Tripathi might be one of those actors who wouldn't do a show like BB.

India Forums got in touch with her and asked her more about how now that she has done Khatron Ke Khiladi - Darr v/s Dare, it only leaves Bigg Boss for her to do, given she has done a dance reality show as well. Talking about the same, she told us, ''I don't have that kind of keenness about doing Bigg Boss. Of course it is a fabulous and very hit show, even my family members and few of my friends are avid watchers of the show. But at the same time, these are the same people who don't want me to be in the show because they know what kind of person I am and they won't want that my image is ever tarnished or that someone tells me anything.''

She further added, ''A lot of times people cross their limits on the show, though they are not told to do it, but it happens and a lot of untrue information or somethings which are very offending and not right, those are the kind of things people might say. This is my honest opinion about it, and I don't want to do it right now, but if and when I have to do, I need to be really mentally prepared for it.''

Meanwhile, Divyanka continues to receive a lot of love for her stint in the stunt-based reality show and made it to the finale with Arjun Bijlani lifting the trophy. What's next in store for the actress on the work front continues to be seen.