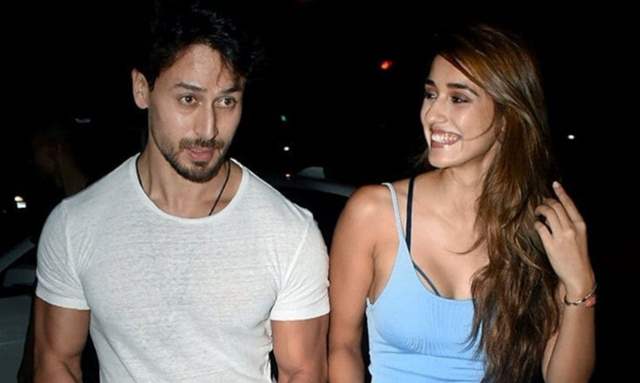 Bollywood actors and rumoured couple Tiger Shroff-Disha Patani landed in trouble as they were pulled over by Mumbai Police on Tuesday evening. The duo reportedly headed out for a drive amid the lockdown imposed in the state to curb the spread of novel Coronavirus.

Tiger and Disha are rumoured to be dating for a while now and they are often spotted returning from vacations or heading out for lunch and dinners. The two have known to be enjoying each other's company for quite some time now. Interestingly, both have refrained from making any comments about their relationship status.

According to a recent ETimes report, the Baaghi 2 actors were stopped by the Mumbai Police when they were enjoying a car drive in Bandra. The rumoured couple was stopped during the second round at Bandstand in Mumbai’s Bandra.

Furthermore, the report quoted a source who revealed that Tiger and Disha were enjoying a peaceful drive in Bandra after their gym session.

The report also featured pictures of the War actor sitting in the back seat of the car, while Disha Patani, on the other hand, was sitting on the front seat.

When the police officials stopped the actors' car, they checked their Aadhar card and completed other required formalities. As per the report, Disha Patani and Tiger Shroff left soon after they were checked.

Meanwhile, on the work front, Disha Patani was last seen in Radhe: Your Most Wanted Bhai, starring Salman Khan as the male lead. The film was directed by Prabhudeva and also starred Randeep Hooda, Jackie Shroff, Megha Akash and Zarina Wahab. Disha is also featured in Ekta Kapoor’s movie KTina and also has Ek Villain 2 in the pipeline.

On the other hand, Tiger Shroff will be seen in Heropanti 2. He also has Ganpath and Baaghi 4 in the pipeline.