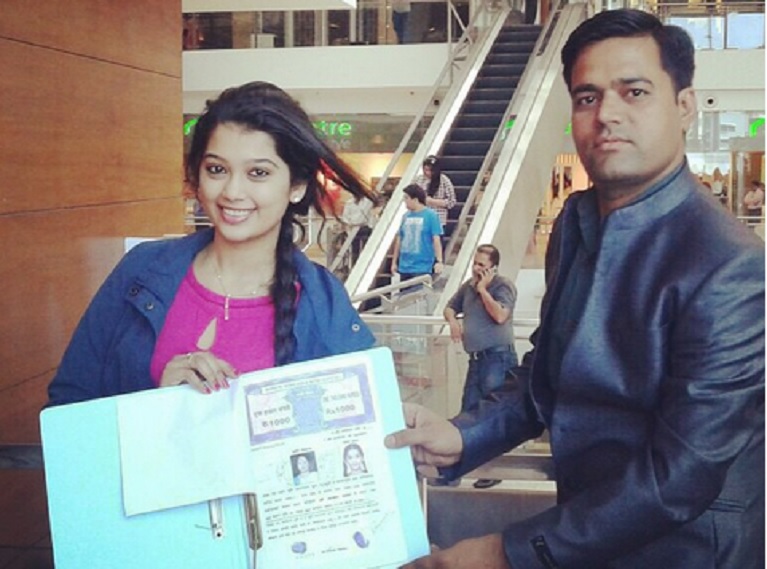 Popular actress Digangana Suryavanshi aka Veera has surely won audience's heart with her character and she is overwhelmed to receive a lot of love and affection from her fans across the globe.

Digangana is surely on cloud 9 these days as recently a fan bought a star on her and named it after her and now another fan has gifted her a land in Jodhpur. Yes, you heard it right!

A group of builders who are big fans of Digangana and have been ardent follower of her show, treat her as their lucky charm and thus they have gifted her a land in Jodhpur before they start with their new construction.

An elated Digangana told us, "It's overwhelming! Gifting somebody a land is a big thing and their thought behind this gift is overwhelming. They told me that I am lucky for them and they have been watching my show. They also told me that I look very positive so before starting with their new work, they thought of gifting this to me for positive beginning for them. They really liked me as an artist and they are my big fans. They had come to Mumbai to gift me this and I really felt very good with their gesture."

"Yesterday I was thinking that my fans have gifted me a real star from the sky, Gold, Diamond, Silver and now a land! I feel really amazing; Dharti se lekar aasmaan tak, sab kuch gift kar diya... they have left nothing! It's not just about the gift but it's more about their thought behind it. They do all this because of the attachment and affection they have for me," adds Digangana.

5 years ago woah.. star n den land :0 dats too mch craziness for her(:

8 years ago I wish that the Kasmiri people would break off their ties to Pakistani intelligence services and build a better relationship with the rest of India...

At the same time Indian security forces should be more careful in treating Kashmiri people better.. NOT ALL KASHMIRI ARE TERRORISTS!

This would bring peace to the valleys and encourage many industrialists to invest in Kashmir, thus bringing employment and prosperity to the people of Kashmir!

8 years ago Eagerly waiting for ur movies..
Love you SRK!!

8 years ago Wow u in kashmir! Can't get any better than that!

+ 2
8 years ago I can't wait for this movie.. it has everything that i wanted to see from so long.. from Romantic SRK to yash chopra direction.. songs by AR rehman n gulzar. Deadly combination!

8 years ago Can't wait to watch your movie! LOVE YOU SRK.

AsadRipon 8 years ago SRK ur the best.we are can't wait for ur film.