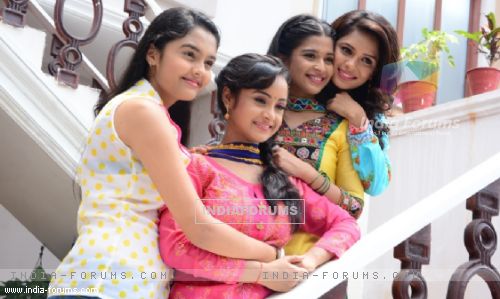 Nothing seems to be well in the lives Of Alka (Neha Pednekar) and Rohan in Shakuntalam Telefilms' popular show Shastri Sisters on Colors.

Ever since Rohan has got to know about the truth of Rajeev and Alka in the show, it has not only made Alka shattered but has also made her sisters worried. In the forthcoming episode of the show, Devyani (Sonal Vengurlekar) will take a step to sort out things between Alka and Rohan.

Our source says, "Alka reaches home with teary eyes carrying a bag along with her. Everyone gets surprised to see Alka coming to home in that situation but Anushka (Ishita Ganguly) hides the truth from everyone. Further, Devyani makes a plan according to which she takes Rohan to the park where Alka and Rajeev were present from before."

Will Devyani be able to sort out the differences between Alka and Rohan?

Masht 6 years ago The plan failed but devyani always rock and I m sure she will have another plan in store.btw wonderful acting..

-Sud- 6 years ago The story is heading somewhere...

Anyways, hope it gets good ratings