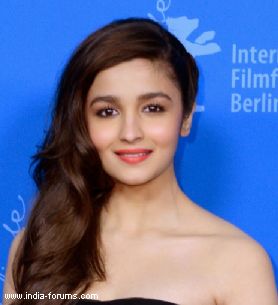 Two-film old Alia Bhatt, who worked with actress-director Revathi in their forthcoming film "2 States", says they share a strong bond akin to that of a mother and daughter.

"Towards the end of the film, I developed mother-daughter relationship with her (Revathi). The way she touched my face, I kind of felt that warmth with her. What also I realised is that while working with her I became a good actor.

"What she brings to the table is not just the dialogues. She would bring much more... I felt like she was my mother. I could bring the emotions only because of her. She is a fantastic actor," Alia told IANS.

The "Highway" star is also fond of actress Kareena Kapoor and says that she feels great when she is compared to the "Jab We Met" star.

"I can be flattered. I have done two films and people are comparing me with her. I don't think I am like her. I feel like there is only one Kareena Kapoor and that's her. I am her biggest fan. I am not trying to be like her but she is my biggest inspiration," said Alia.