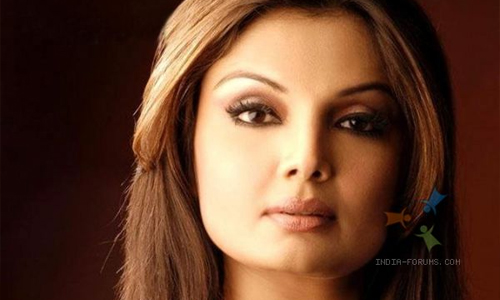 One of the finest and seasoned actress Deepshikha Nagpal who has won millions of hearts with her short stint in Colors Bigg Boss 8. This pretty actress has also shown a lot of versatility in her characters be it on the silver screen or now her roles that she has portrayed on small screens.
Well, yet again viewers will get to see Deepshikha Nagpal on the big screen romancing with the legendary actor Dharmendra Singh Deol. To know about her movie, we got in touch with our much reliable source who averred -
"Yes, Deepshikha Nagpal is doing a movie called 'Second Hand Husband' where she will be seen essaying the role of Dharmendra's girlfriend. Deepshikha will be seen as a glamorous Delhi based event manager while Dharmendra will be seen as a hotelier. Dharmendra is married and yet has a girlfriend. So it is something that people usually see happening in their lives. The movie will be out-and-out comedy. With this film, Govinda's daughter too will make her debut. Today is the first day of their shooting schedule."
Deepshikha too went on to twitter and write about her happiness and excitement of working with Dharam ji. She tweeted -
"Such a great feeling to work with the legend apne dharam paji ... Such a humble man and great human being @ColorsTV @BeingSalmanKhan"
Well, Dharam paji romancing Deepshikha and Govinda's daughter making a debut will truly be a good watch to all of us, isn't it?
Keep reading this space for more details on your favorite shows.
Upasana Patel
0 Likes

Oye_Chup_Kar 6 years ago I think Deepshika herself wrote this article..lol

krystel21 6 years ago What on Earth! Which fangirl wrote this article? Seasoned actress? Most loved? Good grief!

adinats07 9 years ago JUhi u r too cute and adorable, YOu are my best actress also

Keva 9 years ago Juhi is my favorite actress as well.

cooks09 9 years ago Juhi is a fabulous actress though underrated... She has the most comic timings and she is so lively on screen hope to see her more !!!!!