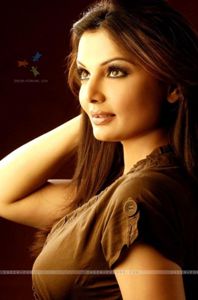 Deepshikha Nagpal last seen in Dahhej will be making a comeback on the chota parda after years. After her last Bollywood release Yeh Dooriyan as an actress, director, producer, she makes an entry in SAB TV's Chintu Chinky Aur Ek Badi Si Love Story.

A little birdie informs, "Deepshikha Nagpal shot for a dance performance for the show yesterday where she performed on the legendary song 'Morni bagama bole.' She will be interacting with the family too."

"It was a brilliant experience to shoot for the show along with the entire cast and crew and that too a dance performance. It was amazing," says Deepshikha who has recently completed the pilot for Star Desh's short film, Mosiya Queen.

Hope Deepshikha gets a grand welcome from the viewers for this one...