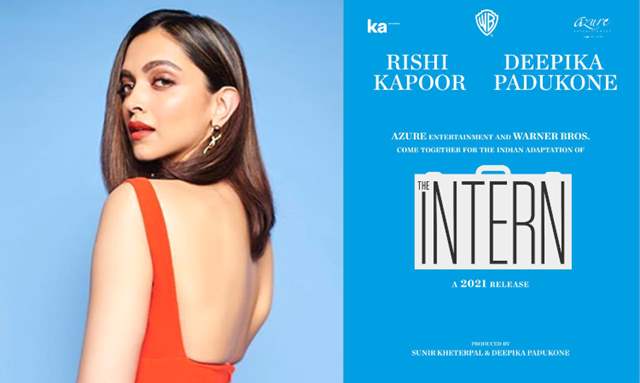 Back in January this year, the actors made announced the film through their Twitter handle and several rumors hinted that Rishi was to reprise De Niro’s role while Deepika would be seen stepping into Hathway’s character.

However, Rishi Kapoor’s destiny had different plans for him, and the actor’s sad demise in April shocked the entire nation.

Now, almost a year later, a few new rumors about the upcoming film have made it to the headlines and according to them, the Indian remake of ‘The Intern’, the project is finally getting ready to go on floors.

A latest Mumbai Mirror report suggested that the film will now go on floors mid-2021 and it is currently said to be in the pre-production stage.

The makers were reportedly on the lookout for another veteran star to take over Rishi’s role, however, no official confirmation was made on the same.

Previously, during an interaction with PTI, Deepika spoke about the upcoming project and said that 'The Intern' is an intimate, relationship-driven film, set in and around the workplace; a story that she believes is very relevant to the present-day social and cultural environment.

The 34-year-old actress mentioned that she has been looking for a light, breezy comedy-drama and this story fits in seamlessly. The Chhapaak actress also added that she cannot wait to begin this journey.