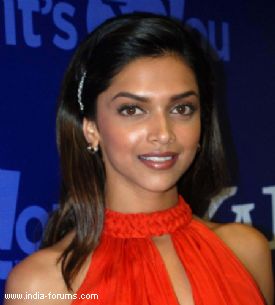 Actress Deepika Padukone, who has been delivering back-to-back successful films in 2013, says the biggest compliment she ever got for her latest film "Goliyon Ki Raasleela Ram-leela" was from filmmaker Shekhar Kapur.

"The biggest compliment which I got for 'Ram-leela' was from Shekhar Kapur. I received a message from him which says that I have added so many layers to Leela that even Shakespeare didn't think while writing for Juliet. For me, that's the big compliment," Deepika told IANS.

Her first big hit of the year was "Yeh Jawaani Hai Deewani" and "Chennai Express" followed it. With "Ram-Leela", Deepika has scored a hattrick and she says she is enjoying every moment of it.

"All I can say is I am thankful to God and I am enjoying every moment of it. It is very overwhelming for me that 'Ram-leela' is doing so well. It's a perfect combination of what I ideally want for all my films, being crtically acclaimed as well as doing well at the box office," she said.