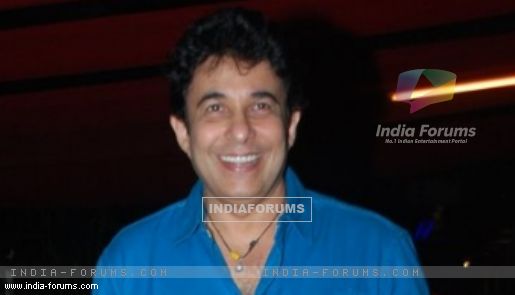 Deepak Tijori is a relieved man. The actor has won a legal and moral battle against his housing society, which in 2012, not only complained about his conduct but also asked him to vacate his home in the Garden Estate Co-operative Society in Goregaon.

The housing society's resolution had been sent to the registrar of societies.

He and his wife Shivani were asked to vacate the house "within a month." But the couple fought against what they saw as an unreasonable and illegal matter. Now two years later, the registrar has cleared the Tijoris's'name.

"We knew we were in the right. We had come to a situation where we felt that the management committee of the housing society had begun to boss us around."

He calls it a "long nightmarish battle."

Deepak was disgusted by the apathy of the other members of the society.

"All my neighbours just waited to see how my wife and I go about doing this. Nobody gave a damn about our fight. Now they are ready to avail of the benefits of my battle. I wasn't fighting a personal battle with the society's management. I only wanted some transparency and accountability in their dealings.

"My wife and I continued our battle in spite of the fact that members of the management committee used to look at us as trouble-making strangers. Now after the registrar's orders, I've sent a letter to the society asking for bills for my maintenance money," he said.

The registrar's order regarding the Tijoris has far reaching ramifications.

"When I told the registrar about this, he laughed and wondered how the society can throw us out of our home. The only provision for doing so is if an occupant of a residence indulges in anti-national activities."

Deepak says he can breathe easy now for his children.

"Not only has my name and my wife's name been cleared because we were being maligned left, right and centre, now when we pass on our property to our offsprings, they don't have to spend years battling the housing society.

"Our neighbours see this as a miracle order. The members committee of the housing society has a lot to answer for. After this order, it is time to set our homes in order."

Divyanka Tripathi questions 'What's becoming of our society' as ...