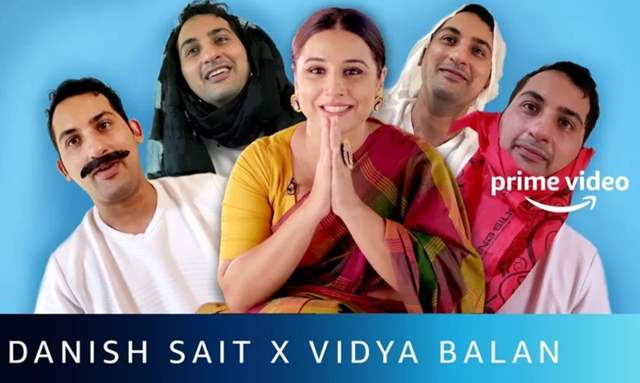 The video is a fun banter and starts with Danish Sait asking some math-related doubts to Shakuntala Devi who solves them, instantly. Vidya Balan also shares her love for numbers and all the fun they had while shooting for the film as it had rekindled her love for numbers too. Vidya also shares on how she is a big fan of Danish Sait's work and had a great time laughing their hearts out. Danish then invites his four friends and Vidya solves their various problems with some great tips and had a great twist of comedy to it. This nine-minute video is surely going to make you laugh your hearts out with its dialogues and so much more.

Speaking of French Biriyani, the action comedy-drama stars comedian Danish Sait as Asgar portraying the role of an autorickshaw driver in Bengaluru alongside Sal Yusuf as Simon. The film is streaming on Amazon Prime Video and these reactions are proof, you must watch it!

Meanwhile, Shakuntala Devi starring Vidya Balan as the math genius recently released and impressed the audiences with an impressive and inspiring storyline. The film follows the real-life story of Shakuntala Devi who was the genius mathematician and the world-class educator who astounded the world with her exemplary arithmetic abilities to solve complex math problems quickly. The film is directed by Anu Menon and produced by Sony Pictures Networks Productions and Vikram Malhotra. The film also stars Jisshu Sengupta and Amit Sadh in prominent roles.

Saath Nibhana Saathiya 2 to go on air from THIS date?
35 minutes ago