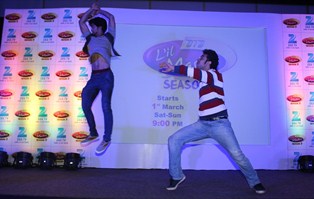 Having connected millions of people through dance and given so many youngsters a career through dance, Zee TV brings back the dance ke baaps on popular demand - DID L'il Masters Season 3. In its third season, the show returns with a unique positioning - 'Bachchagiri'! Premiering Saturday, March 1st at 9PM, the show has Geeta Kapur and Ahmad Khan as Masters along with Sanam Johar, Raghav Crockroaz Juyal, DID 4 contestant- Swarali Karulkar as skippers. There will also be a fourth member on board as a skipper whose name is still under consideration.

Said Mr. Ajay Bhalwankar, Content Head (Hindi GECs), ZEEL, "This year, we have added another layer to our earlier positioning Dance Ke Baap. Dancing isn't just about the steps. It is also about the attitude. Looking at the effortless moves and the unperturbed disposition of the contestants this season, we have coined the term Bachchagiri to define the attitude of these kids. These kids are immensely talented and they know it. Bachchagiri simply means a kids' attitude towards dance. They are cool and confident children who know their worth. They're carefree, uninhibited and aren't afraid of anything that comes their way. They'll accept any challenge and have the ability to challenge anyone, peers and adults alike, with their dance. At such a tender age they perform with so much passion and self-assurance that it can rattle any adult who is watching them."

"It's a cool and fun concept which will be incorporated in various ways in the content as well as across other mediums. These kids, when they take the stage, they do it without a care in the world, without being afraid of what people will think. Though the word is heavily 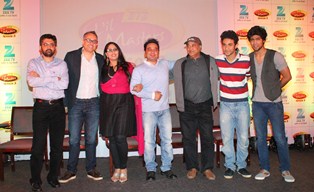 borrowed from dadagiri, bachchagiri no way gives any leeway to over-smartness or cockiness. They aren't show-offs but they do have a "don't mess with me" attitude when it comes to dance. They aren't afraid of a little competition and stage fear means nothing to them..." adds Mr. Bhalwankar.

Like always, the focus of the show will be on the talent par excellence, the fun and the passion the kids share for dance through several stages of progression. The skill, discipline, artistry and mental-physical development of the kids will be of utmost importance throughout the show. DID L'il Masters has always presented ace dancers and never before seen acts with highest quality of training with the help of reliable and efficient Skippers. This time, the top 16 contestants will be put under the able-guidance of Sanam Johar, Raghav Juyal, Swarali Karulkar and the fourth skipper and will strive to cultivate a positive environment for the children to nurture, develop and further hone their dancing skills and overall personality.

Everybody's favorite host, Jay Bhanushali will anchor the show and grandmaster Mithun Da will support the young talent to bring out the best in each contestant in his own charismatic manner.

Mr. Nitin Keni, Producer, Essel Vision Productions Ltd said, "In India, we conducted the auditions in Mumbai, Delhi, Kolkata, Vadodara, Indore, Raipur, Jaipur, Bhubaneshwar, Guwahati, Dehradun, Chandigarh, Ranchi, Patna, Jammu and Lucknow and the response has been very gratifying and overwhelming. Over one lakh children participated and we have arrived at our Top 16 kids who exactly fit into the concept of Bachchagiri after a lot of deliberation. These are genuinely gifted children and little powerhouses of talent who astonished us with their unimaginable talent. Along with entertainment, Zee and Essel Vision has always endeavored to become the most coveted platform for aspiring youth and women in the country and with the third season of DID Lil Masters, we only hope to strengthen that conviction of ours."