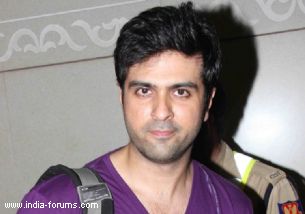 Actor Harman Baweja has resurfaced after five years to rebuild his dwindling career with "Dishkiyaoon". Talking candidly about the wrong choices he made, he said one should take criticism in the right spirit and move on.

After his debut debacle "Love Story 2050", he had two releases: "Whats Your Raashee?" and "Victory". Both films released in 2009 and further dented his career.

"You have to reinvent yourself. In this industry, people criticise not just your work but you as well. So, it gets personal and you have to take it in the right way," Harman, son of filmmaker Harry Baweja, said in a group interview.

Q: Why did you take so long to make a comeback?

A: My last films didn't work; so I thought let's take a break and think what can be done. Then we realised the mistakes we made. I wanted time for myself, to nurture my talent and do something that will make me happy.

I wanted do something that I can relate to. Whatever I had done was not successful, but you have to try. You have to reinvent yourself. In this industry people criticise not just your work but you as well. So, it gets personal and you have to take it in the right way.

Q: How did you deal with failure?

A: Every person faces such things in their lives. I am not cribbing about it. It's not a matter of life and death. Acting is my passion and I will continue doing it. So, it's better to accept it.

Q: You were compared to Hrithik Roshan. Did it affect you?

A: Definitely it affected me. It's a matter of time. It's human nature - we say you look like my friend or my cousin. That's how we relate to people, so it's natural. I have to keep working.

Q: Tell us about "Dishkiyaoon".

A: It's an entertaining film. It has a lot of twists and turns. The film has action, drama and everything in it. I am playing a gangster.

Q: How different is your gangster film from others?

A: I am playing gangster and the character doesn't talk in Mumbaia tone. He is a graduate. He is an intelligent gangster who knows that things don't work with guns; they work with brains. He wants to use his intelligence to reach there and not by killing anyone. It's an interesting thought.

Q: Do you think Sunny Deol will overshadow you in the film?

A: It doesn't matter at all. At the end of the day, the film should work because, for example, if there is a watchman in the film and his role was just for two minutes, even his career will take off if the film is a hit. Even if you have given your best performance and if the film doesn't work, then it will go unnoticed. I feel the film should be correct.

Q: What do you think of Shilpa Shetty as a producer?

A: Shilpa can't be strict. She is like a sweet, caring, warm and loving producer and it reflects in her nature. The way she conducts herself, you will not feel she is a producer and that's the beauty.