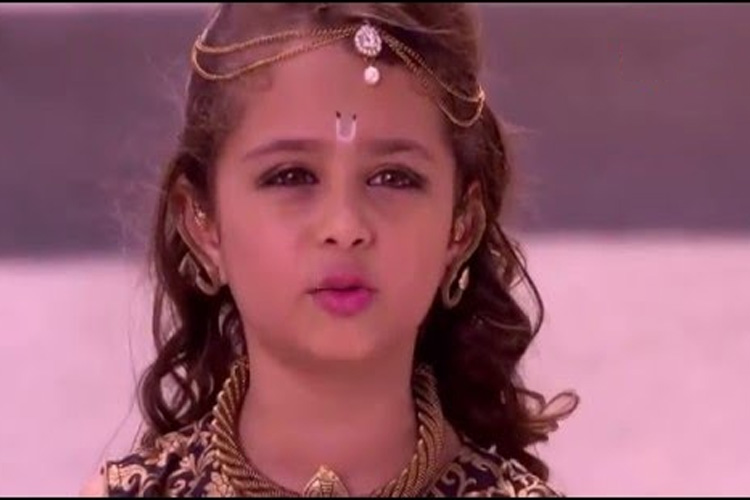 Colors is currently gearing up for some massive changes. Where it recently bid adieu to 'Ishq Ka Rang Safed', it will now be witnessing the airing of 'Bigg Boss 10' soon.
However, another show which has been buzzing around lately, is a show called 'Devanshi'. The show will be produced by Sonali and Amir Jaffer, the duo responsible for giving us the rib-tickling laugh riot, 'Bahu Hamari Rajni_Kant'.
The concept of Devanshi is about dealing with superstitions with a little girl as the protagonist and how does she fight her way through it, moulding her life.
While the rest of the cast has been finalized, the hunt for the protagonist was on.
And that hunt has finally ended.
Yes, the makers have finally found their Devanshi. Child actress, Kashvi Kothari will be seen playing the lead role of Devanshi on the show.
The little girl has already wowed us with her performance in shows like 'Adhuri Kahani Hamari', 'Sasural Simar Ka' and 'Santoshi Maa'.
The show has already roped in actors like Aamir Dalvi, Dolphin Dwivedi, Ankita Sharma, Karuna Pandey and Priyanka Khera.
We wish the little bundle of talent and the rest of the cast all the best for this big venture!
4 Likes

Angela_Grokes 4 years ago I am sure the show will be about a family being tortured by ghosts and a child tries to fight it off!

SymphonyStar 4 years ago All the best Kashvi for your new show.Loved you as Chhoti Santoshi in Santoshi maa show.